Nachiket finds himself in a dilemma when Jhanjhane bai and Sai complain to him about work and their relationship, respectively. 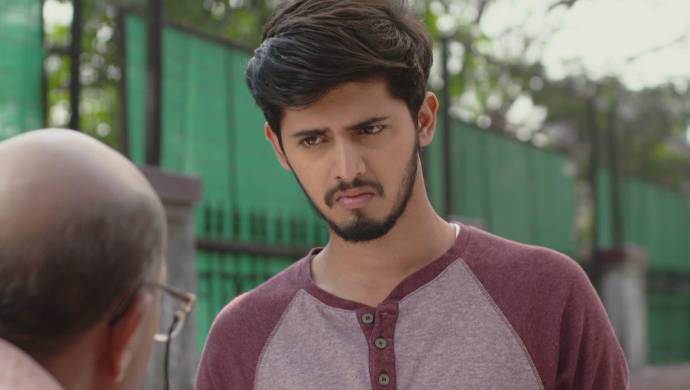 In tonight’s episode of Almost Sufal Sampoorna, we see that after Ajji sings praises for Gabriella in front of Sai, she gets jealous and rushes to Nachiket’s place. Sai searches for him everywhere but in vain. When she is about to leave, she hears a voice from one of the rooms, where someone is expressing his love for Gabriella. Sai immediately rushes towards her direction and finds Nachiket hugging a girl. Seeing them hugging each other, an angry Sai pulls Gabriella’s hair, which turns out to be a wig. She finds that the girl is none other than Digs, disguised as Gabriella.

When Sai realises that she has been pranked, she storms off from there. Nachiket runs behind her to stop and explains to her why he has been indulging in such mischief. He tells Sai that he had come to know about her plan earlier and thought it best to teach her a lesson. Finally, Nachiket also tells her that Gabriella is just his good friend from Australia but Sai is his true love. The couple has a good time laughing and giggling over their silly pranks.

Meanwhile, the Ketkars are planning to buy a computer and they tell Appa that since their business will now be blooming, they shall need a one to keep a track on the operations. They add that the computer will help them carry out smooth communication with exporters. Appa is also convinced about the same.

The next morning, Appa and other family members plan to do bring in some changes in the operational aspects of the business. They decide to buy a godown for their products and increase the manpower. They also have a grand inauguration of their new shop, in the pipeline. The family decides that Appa will inaugurate the shop but to everyone’s surprise, he insists that Ajji do the needful.

When Nachiket reaches the office, Jhanjhane bai complains to him saying that the Ketkars still do not abide by the contract and it is very difficult to communicate with them. He also gets a call from Sai, complaining that they are not getting enough time for their relationship and that makes her sad.

5 Best Moments From Vartul That We Need To Talk About

Will Nachiket be able to find the solution to both the problems? Find out only on Almost Sufal Sampoorna.

Can You Imagine Aamhi Doghi's Madhura In Curls? Pictures Inside!