Almost Sufal Sampoorna: Are Sai And Nachiket Falling In Love With Each Other?

In Almost Sufal Sampoorna, Nachiket and Sai have kept their enmity aside and have started coming close to each other. 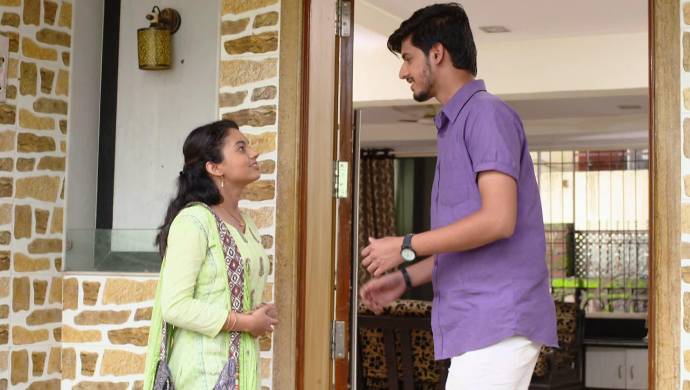 All this while in Almost Sufal Sampoorna, we were made to pick a team between Sai and Nachiket due to their countless arguments and misunderstandings. But, from the weekend’s episode, we believe their love-hate relationship has ended because of the growing affection between both the parties. You must have noticed the way Nachiket was staring at Sai while recording her recipes at his house. Sai, too, had softened her everyday tone towards Nachiket and gave her dupatta to him. The sparks between were them loud and obvious. Looking at their chemistry, do you think Sai and Nachiket are falling for each other?

It is said, ‘All is fair in love and war’. Now, that the phase of the war between Sai and Nachiket is over, it is time for these youngsters fall in love with each other. We saw Nachiket crushing on Sai while shooting her. While his focus was on Sai, his camera’s was on her recipes. At that moment, it felt like both of them are meant for each other. The best part came when Sai tried to wipe Nachiket’s eyes with her own dupatta. The lover within us could stop jumping in excitement. To top it off, we have seen Nachiket go speechless in Sai’s presence previously. He has admitted to losing his sense when she comes in front of him. We totally think he is slowly and steadily falling for her.

This is just the beginning. Even though Nachiket and Sai come together, they will have to impress Appa. We wonder if that will happen given Nachiket’s Marathi speaking skills. But, we can’t wait to see the surprises that are instore for Sai and Nachiket.

We would love to know your thoughts about Sai and Nachiket’s relationship in the comments below.

Saajana Weekly Update: Rama And Pratap Confess Their Love To Each Other