Almost Sufal Sampoorna: Here’s How Sai’s Father Can Stand Up To A Strict Appa!

Sai's father should muster the courage and speak against Appa's decision of throwing Nachiket out of the house. 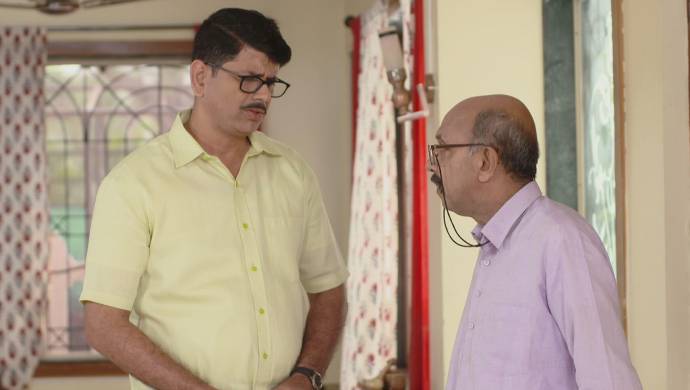 In the Ketkar family of Almost Sufal Sampoorna, Appa is the only person who has a say in the house. He makes sure that no one expresses their opinion openly in front of him. This practice continued in the family for decades until Nachiket entered. He, unlike the Ketkars, didn’t put up with Appa’s dominating nature and started changing the family’s mindset. He persuaded them to think more openly and accept the modern world which Appa was against. However, recently Appa threw Nachiket out of the house after confessing that he had preplanned this move. No one from the Ketkar family protested Appa’s decision and kept quite instead. In this situation, we believe Sai’s father should stand his ground against Appa!

After staying under Appa’s dominance for their whole life, his two sons have learnt to not raise their voice against him. They fear their father so much that they would rather put up with the injustice, than speaking up. However, in the recent episode, Ajji urged Sai’s father, who is the older son, to talk to his father. Sai’s father needs to realise that Appa is emotionally blackmailing him. The latter announced in the house that if Nachiket returns, then, he won’t stay with them. Since Appa knows that Ketkar family values him, they won’t let go of him. Secondly, Sai’s father needs to let go of his need to please Appa as it is complicating the situation. Then, he and the Ketkar family need to have an intervention with Appa and put forth their opinion.

These are some of the ways which we think could at least improve the situation. Rather than just giving up as they have now, the Ketkars should make an honest effort speaking to Appa. What do you think? Let us know your thoughts in the comments below.