Almost Sufal Sampoorna: Is It Wise For Nachiket To Propose To Sai? Vote!

Nachiket has decided to ask Sai out yet again. We would love to know if you think he is doing the right thing. Make your vote count! 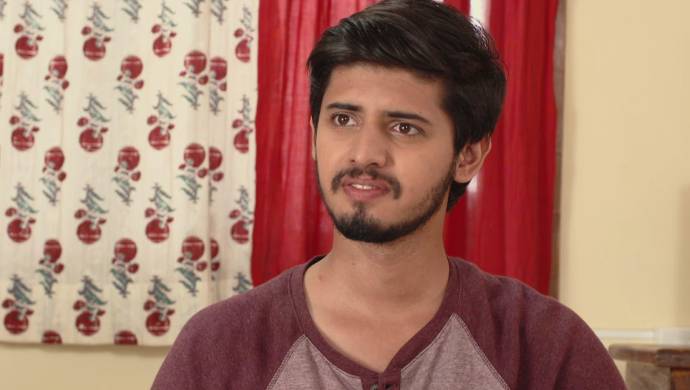 By now, we are well-aware of Nachiket’s feelings for Sai in Almost Sufal Sampoorna. Even though he tried to confess his love to her, all his attempts failed. Unfortunately, Sai still isn’t aware of his feelings In order to let Sai know that he loves her. Nachiket decided to make her jealous by speaking about his imaginary girlfriend, Roseleen. Of course, Sai was jealous until she found out that Roseleen doesn’t exist. After  this, Nachiket yet again attempted to propose to Sai. We wonder if he will be lucky the second time around.

Nachiket and Sai’s friendship has been nothing short of hilarious. Seeing them fight and makeup, takes us back to our college days. Currently, on the show, there is yet another funny situation which Nachiket has landed himself in. He is coming up with different ways to propose to Sai and make the event as special as he can. We don’t know if that would very wise for him to do though, given how he and Sai’s grandfather are still at loggerheads. Sai, who loves her grandfather too much, wouldn’t be keen on accepting Nachiket’s proposal and admitting her feelings.

We have no choice but to support an enthusiastic Nachiket who thinks he is doing the right thing. After reading this, we would love to know what would you do had you been in his place? Tell us your thoughts and don’t forget to vote!

Almost Sufal Sampoorna: What Do You Think Will Happen When Nachiket Meets Appa's Guests?