The actors of the show were caught having fun in between their scenes! 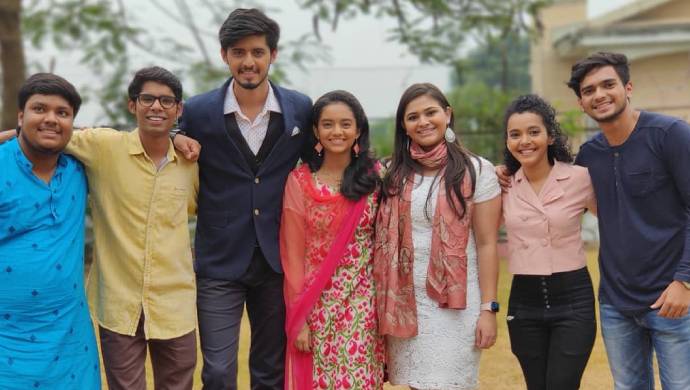 We impatiently wait for the fresh episodes of Almost Sufal Sampoorna which has entertaining content for the drama lovers like us. Recently, on the show, we saw Appa throw Nachiket out of the house. It was a hard-hitting blow to the viewers because we had assumed that Appa had improved for good. However, amidst this, Nachiket’s friends had his back. They kept him company when he was at his lowest and they swore to be with him through this storm. After spending so much time together, these actors have become close even off the screen. Can you imagine what they do when they are not shooting?

If you have been religiously following the social media handles of the actors of Almost Sufal Sampoorna, then you must be updated with the fun they have off the screen. The leads, Nikhil Damle and Gauri Kulkarni were seen cracking jokes and enjoying their time together. This time the target of their joke was Rohan Kadam who essays Digs’ character. Nikhil posted a picture of their gang surrounding Rohan admiring his stomach. The latter took this joke sportingly and posed like a pregnant lady. Seeing everyone’s expressions cracked us up! Have a look at the picture below.

The Ketkar family definitely missed this moment. We love to see the actors enjoying themselves while shooting for long hours. Being the fans of the show, we hope their life on reel becomes just as enjoyable after Appa’s behaviour improves. Until that happens, we would love to know your thoughts in the comments below.

For more entertainment, watch popular the Marathi serials and the latest movies streaming on ZEE5.