Almost Sufal Sampoorna Promo: Appa Is The True Villian In The Ketkar House!

Appa gave Nachiket and Sai the permission to spend time together. But, Nachiket doesn't see Appa's ulterior motive. Check out the deets inside! 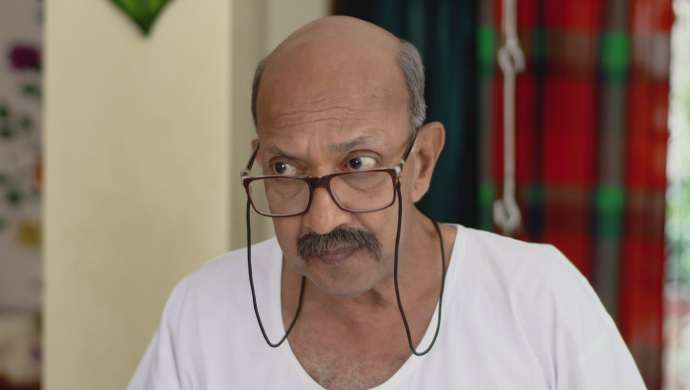 None of us can control our laughter when Appa and Nachiket start bickering over trivial things in Almost Sufal Sampoorna. Initially, we used to feel bad for Nachiket who was always the bait when Appa got angry. However, over time we have realised that Nachiket is just as responsible for Appa’s anger since he is the one who triggers the latter. Recently, Nachiket wanted to spend more time with Sai. In order to do that, he convinced Sai to redesign his house and the duo decided to take permission from Appa. The latter gave his permission to Sai and Nachiket, but with an ulterior motive. What do you think he has in mind?

You can count on Appa to always have a trick up his sleeve to trouble Nachiket. He and his lawyer have been concocting plans to throw Nachiket out of the house, but none of their plans have been working so far. This situation changed after Nachiket and Sai came to Appa seeking his permission to redesign Nachiket’s house. Appa was surprisingly more than happy to let Sai spend time with Nachiket. With he and Sai were gone out of the house throughout the day, Appa will have a freehand at making plans to distance Nachiket from the Ketkars. He would no longer have to do secret phone calls with the lawyer since Nachiket won’t be overhearing him.

Amidst this drama, Appa fails to see that his favourite granddaughter is falling in love with Nachiket. With every moment that Sai and Nachiket are spending together, they both are getting involved emotionally. Appa, in between his hatred for Nachiket, has completely blindsided his aspect. We wonder what will happen when Appa has a plan to distance Nachiket, but Sai won’t be supporting him since she is in love with Nachiket. Will Appa keep aside his animosity against Nachiket? Tell us your thoughts in the comments below.