You will be surprised to see the person who helped Nachiket! 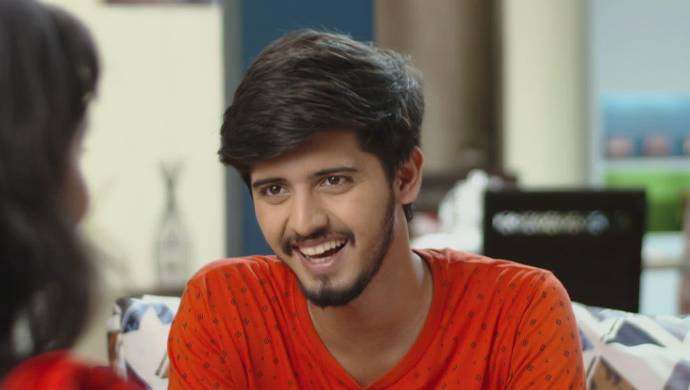 This week, we have been on a roller-coaster of emotions after watching the episodes of Almost Sufal Sampoorna. It all began on a high note when Sai confessed her love to Nachiket through poetry. Although the latter didn’t understand the meaning of her words, the viewers did. Then, the situation escalated on Sai’s birthday after Appa threw Nachiket out of the house. So, as we were still coping with this shocking incident, Nachiket remained determined to please Sai and get her to like him back. His first step in this mission is to understand the meaning behind the poetry which she told him. To help him succeed in this mission, there was a special person who helped him! We have the details for you.

We under the impression that Nachiket’s spirits would break after Appa separated him from the Ketkar family. However, on the contrary, Nachiket became inclined to teach Appa a lesson and make Sai fall for him. In this process, Nachiket started finding out the meaning of her poetry which Sai promised would reveal what she truly has in mind. For a long time, Nachiket couldn’t understand the words as he is still getting a hang of Marathi. However, this changed after Nachiket co-incidentally met Phulpakhru director Mandar Devasthali who explained to him the meaning of the poetry. He told Nachiket that Sai is in love with him. Hearing these words literally made Nachiket’s day since his faith in Sai’s feelings for him was wavering.

We would like to take a moment and thank Mandar who knows how to make the sparks fly between the leads. He worked his magic between Manas and Vaidehi, now yet again he used his charm on Nachiket and Sai! Are you excited to see Mandar’s cameo in the serial? Let us know your thoughts in the comments below.

Vartul: Will Vikram’s Plan To Show His Fake Mother To Soha’s Family…

Prem Poison Panga: Did Mr Bhole Turn Into A Snake To Save Jui?

Yuva Dancing Queen: Can You Guess What Gayatri Datar And Dhanashri Kadgaonkar Do On Sets?