We promise this scene will make you laugh so hard! Video inside. 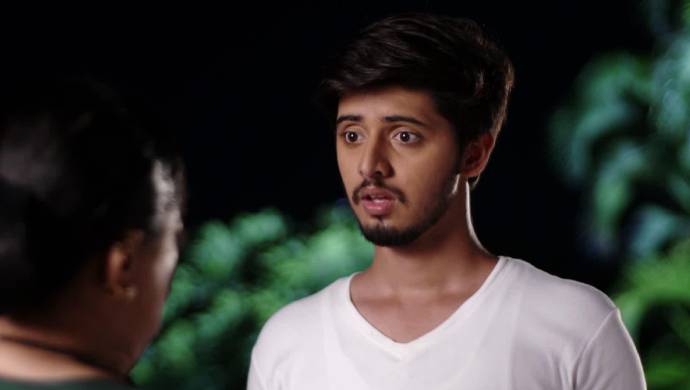 Until the launch of Almost Sufal Sampoorna, we didn’t realise this is the show that we were looking for! It explores the romance of Sai and Nachiket who hail from opposite backgrounds. Sai belongs to a traditional Brahmin, Marathi speaking family; while Nachiket, an NRI, doesn’t know much about the culture. Their union seems complicated to us, as Nachiket has an argument with Sai’s grandfather, Appa. Now, in glimpse given to us by Zee Yuva, looks like there is more trouble brewing for Nachiket as Sai refuses to help!

As we are two days away from the weekend, Almost Sufal Sampoorna is exactly what you need to lift your spirits. This show, which began on a high note, has stolen our attention due to its light-hearted comedy. Recently, Appa fight with Nachiket after thinking he stole the plate. A poor Nachiket was blamed without it being his fault. Following this, another incident took place making him feel helpless. As Nachiket is washing his face, water supply stops. With his face lathered with soap, he is desperately looking for water. Finally, he tries to unlock the tap outside his house, but, too, doesn’t work. Sai, who is seeing this, starts laughing at him. Instead of helping Nachiket, she pulls a prank on him leaving him frustrated! Watch the video below.

After watching this, we don’t think Nachiket and Sai are going to be friends anytime soon. However, we do hope they find common ground as we are truly hoping to see their relationship work out!

What do you think about Sai and Nachiket’s romance? Let us know your thoughts in the comments below.

Meanwhile, for more entertainment, check out the latest episode of your favourite TV shows streaming free on ZEE5!

The Show Phulpakhru Will Teach You About Love And Friendship. Watch Now!

Phulpakhru: Was Manas Right In Going Against Tanya?