Nachiket showed Sai that she feels just the same way for him as he feels for her. 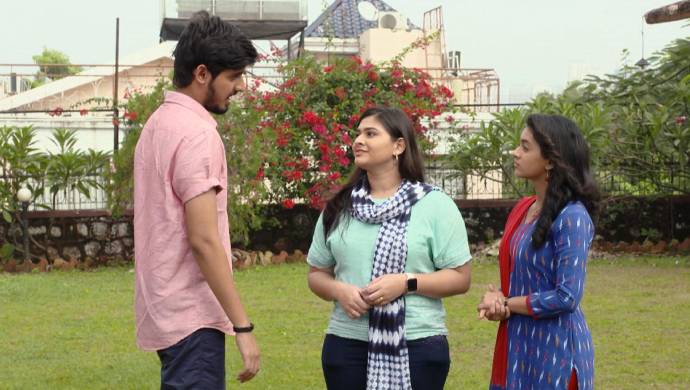 Finally, the moment that we have prayed and eagerly waited for has finally arrived in Almost Sufal Sampoorna. Sai is slowly realising her feelings for Nachiket which she had ignored all this while. This change didn’t happen miraculously overnight. It was Nachiket’s words which made Sai see that she loves Nachiket just as much as he feels for her. In case, you wonder what Nachiket told her to impact her this deeply, then, have a look at it yourself.

All this while, we have seen Nachiket trying to impress Sai by pulling various stunts. He even attempted to propose to her multiple times but each time there were hurdles which stood in his way. During this, Sai didn’t take any initiative to reciprocate Nachiket’s feelings. She was too scared of Appa. However, in the recent episode, Nachiket turned the tables on Sai by subtly telling her that it is her turn to take a stand. This suddenly showed Sai how much she cares about Nachiket, even though she isn’t willing to accept it. The video below will show you what exactly Sai is going through.

Sai is feeling all that we felt during our first love and relationship. She can’t take Nachiket off her mind and wants to spend every minute with him. Seeing Sai and Nachiket’s cute pairing, are you rooting for them as much as us? We would love to know your thoughts in the comments below.

Saajana: Raosaheb Comes To Know About Rama And Pratap's Relationship?