Since Sai refused to come for Nachiket's Christmas bash fearing Appa, he decided to invite the whole of Ketkar family. 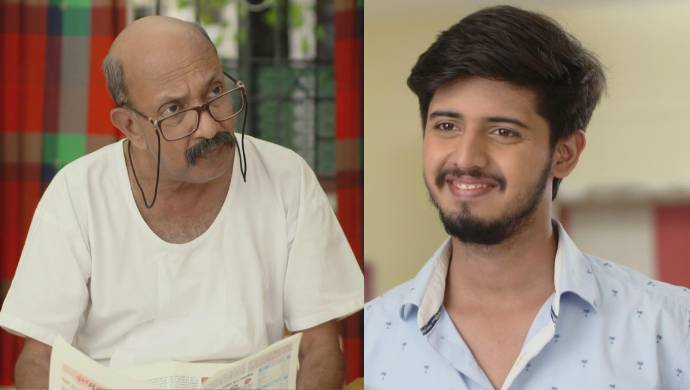 Nachiket recently decided to redecorate his house with Sai’s help in Almost Sufal Sampoorna. This plan was initially devised by him so that he could get to spend more time with Sai. It became successful after Appa gave his permission to Sai to help Nachiket in his house interior work. However, recently Nachiket and Sai wrapped up with this work and he decided to throw a Christmas party. He then invited Sai’s family, including Appa, for the occasion. Do you think it is wise of Nachiket to take this step considering Appa’s thoughts on the western culture?

By now, we all have acknowledged and accepted Appa’s dislike towards Western culture. He even stopped his family from indulging in non-Maharashtrian festivals and learning the other languages. Due to this, when Nachiket proposed to Sai his plan of celebrating Christmas with his closed ones, the latter didn’t want to be a part of this plan. Even though he explained to her that celebrating festivals brings happiness, Sai was too scared of Appa to change her decision. Since Sai opted out, Nachiket courageously decided to include her family in his party. This move on his part seemed a little brash as we know Appa will cause havoc in the Ketkar house. He will not only reprimand Nachiket but also scold rest of the Ketkar family for associating with him.

In today’s episode, we can’t wait to watch how Appa reacts to Nachiket’s invite. We hope Sai and her family don’t have to bear the brunt of Nachiket’s actions. Knowing Appa’s temper, we sitting tight and keeping our fingers crossed while praying for Nachiket. After reading this, we would love to know your thoughts on Nachiket’s decision. Tell us in the comments below.