Ajji and Sai are visiting Nachiket in Gujarat behind Appa's back. We hope their plan is successful without Appa knowing. 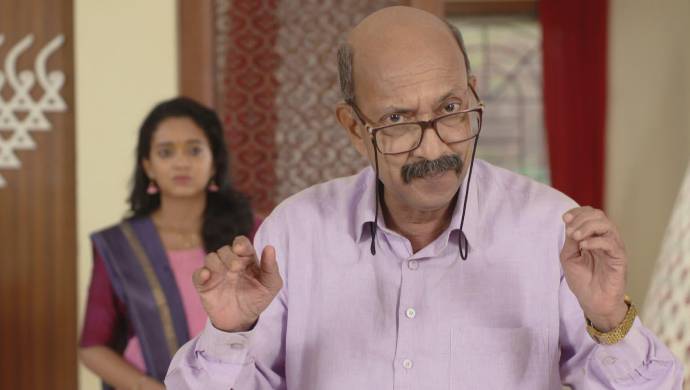 We have seen Appa’s cunning nature in the recent episodes of Almost Sufal Sampoorna. He cheated Nachiket by forging his signatures on the land papers and snatched the property from him. Then, he emotionally manipulated his family who was against him after he threw Nachiket out of the house. However, Sai came to know about Appa’s sly tactics and she informed Ajji. These ladies decided to teach Appa a lesson and go to meet Nachiket in Gujarat without telling anyone. Do you think Appa will come to know about this plan?

After Appa realised his whole family has stopped talking to him, he decided to emotionally blackmail them. He told them he took the land from Nachiket just to secure their future. Once he passes away, it is up to them to do whatever they please with the house. He also mentioned he had his reasons for behaving brashly with Nachiket. Just as he thought, everyone fell for his fake behaviour, Sai overheard him talking to Mr Keskar and confessing that he has successfully swayed them towards him. Sai and Ajji realised how low Appa can stop to win against Nachiket. Ajji decided to take action and meet Nachiket behind his back. We hope Appa doesn’t get a hint of Ajji’s plan since Sai can’t lie to Appa. If Sai becomes nervous in front of Appa, the latter might come to know the plan his wife is making with his enemy.

On the other hand, we also hope Sai and Nachiket have their reunion. The couple has been far away from each other for way too long because of Appa’s issues. Are you excited to watch Sai and Nachiket’s meeting? Let us know your thoughts in the comments below.

Saajana: 5 Questions That'll Help You Strike A Perfect Conversation On Your First Date!