Almost Sufal Sampoorna: Will Nachiket Come To Know That Appa Is Tricking Him?

Appa has decided to talk sweetly with Nachiket and throw him out of the house when he is least expecting it. Check out more deets inside! 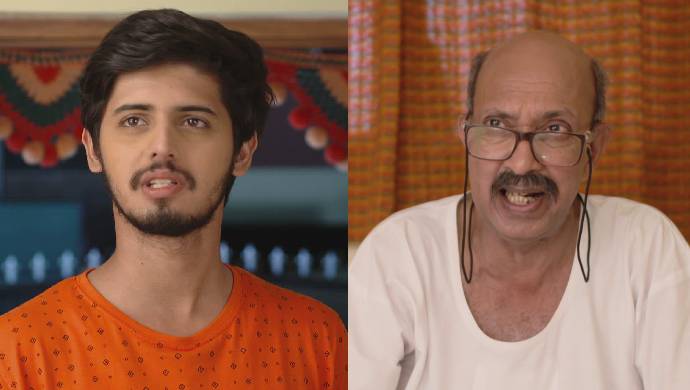 By now, we have accepted that Appa and Nachiket’s squabbling is a never-ending part of Almost Sufal Sampoorna. After an auto, in which Nachiket was travelling, hit Appa, the latter took this opportunity to exploit Nachiket’s innocence. He blamed the accident on Nachiket and made him feel guilty. If this wasn’t enough, Nachiket was made to bear the brunt of Appa’s fussy nature while tending to his needs. Now, Appa is attempting to throw Nachiket out of the house by talking to him sweetly. It makes us wonder if he will come to know Appa’s plan before it is too late!

Even though Appa’s plans to distance his family from Nachiket has failed, he still remains determined to fulfill his motive. However, this time, Appa is ditching his old ways and has decided to make a sly attack on Nachiket when his guards are down. Appa got this idea from the lawyer who suggested him to talk to Nachiket sweetly and slowly convince him to leave the Ketkar house. Appa has already started implementing this suggestion by allowing Nachiket and Sai to spend time together. An innocent Nachiket, who is madly in love with Sai, thanked Appa to let him and her be together. Seeing this makes us sad because little does Nachiket know the details of Appa’s grand plan.

We hope Nachiket comes to know about Appa’s ulterior motive in time. Since we have sworn our loyalties to Team Nachiket, we don’t want him to lose against Appa. On the bright side, Nachiket’s smartness has never disappointed us, so we have high hopes from him. After reading this, we would love to know your thoughts on Appa’s childish hatred towards Nachiket, do you think it is justified? Let us know your opinion in the comments below.

Almost Sufal Sampoorna: Nachiket And Sai Show Us Expectation Vs Reality Of Their Bond!