Almost Sufal Sampoorna: Will Nachiket Get Caught by Appa?

Nachiket entered Appa's house without him knowing. We hope Appa doesn't find it out. 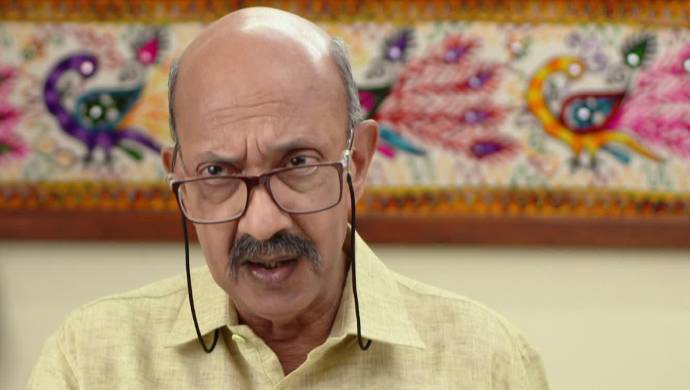 Anyone who has seen Almost Sufal Sampoorna will know that Appa calls the shots in the Ketkar household. He, being the seniormost member in the family, decides whom to and not to make the part of the family. So, when Appa fought with Nachiket, everyone from the family stopped speaking to Nachiket in front of Appa. Although Sai and her family (except Appa) love including Nachiket in their family festivities, they do all this behind Appa’s back. Recently, Nachiket came home secretly in Appa’s presence. Do you think he will find out what’s cooking behind his back?

Before you proceed, watch an episode of Almost Sufal Sampoorna below:

After Appa and Nachiket’s argument, he also started disliking Nachiket‘s lack of control over Marathi language. He has always made it clear whenever Nachiket comes in front of him. Now, the trouble looms over Nachiket’s head as he has ventured in Appa’s territory. To shoot content for his documentary, Nachiket went to Sai’s house. Appa didn’t see him as he was busy praying. So, Nachiket took this opportunity to directly go in the kitchen where Sai’s mother was making prasad for Ganesh Chaturthi. The ladies in the kitchen were terrified in case Appa who was in the hall comes to know about this. Chinu, who was kept to alert them about Appa’s moments, was dozing off.

It was hilarious to watch the whole scene. In case, Appa comes to know this is what is going on behind his back, Sai and Nachiket’s will be distanced from each other. We don’t want that from happening, do we? After reading this, whose team are you on- Nachiket or Appa? Tell us your thoughts in the comments below.

Nude: 5 Lessons We Can Take Away From Yamuna And Chandrakka's Solid Bond In The Film