Nachiket sharing the same roof as Appa scares us thinking about the surprises the future holds for them. 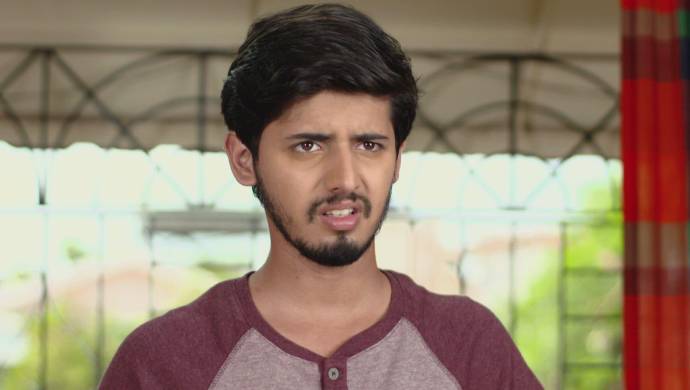 Our last week was going great up until Nachiket moved to Sai’s house with all his luggage. Along with us, the whole of Ketkar house was surprised as an uninvited visitor had come to stay at their place. Even though it has been a couple of days, everyone is still digesting the fact that Nachiket has now become a part of the Ketkar family. Indifferent to this situation is Nachiket who doesn’t seem to mind the ruckus which he has caused in Sai’s house. Just as he was beginning to think his stay was going to be anything close to peaceful, Appa has taken upon himself to slowly drive Nachiket out of there. Do you think Nachiket’s plan will backfire because of Appa’s efforts?

We have to admit, not even in our wildest dreams did we think Nachiket will ever shift to Sai’s house in Almost Sufal Sampoorna. However, it did happen. Looking at the complicated situation, we think Nachiket plan will not work in his favour for two reasons. First and foremost, because of Appa’s determination in making his life hard. Like, we saw Appa ask Nachiket to pay them for the lunch he had. As Appa was upfront about the amount that Nachiket owes them, the latter got awkward. Secondly, we also think Nachiket is making a bad impression of himself in front of Sai’s family. Since he is in love with Sai, he should be behind impressing them rather than creating misunderstandings in their mind about him.

We can’t wait to watch what would be Nachiket’s next move in improving his tarnished image in front of Appa. Meanwhile, we would love to know your thoughts on this situation!

For more entertainment, check out the latest episode of your favourite TV shows streaming free on ZEE5!

Phulpakhru Actress Hruta Durgule Has A Lot To Say About Her Team!

Saajana: How Rama Can Stop Sarla From Getting Her Married To A Stranger!