Sai, being scared of Appa, refused to attend Nachiket’s party. But we wonder if he can make her reconsider her decision. 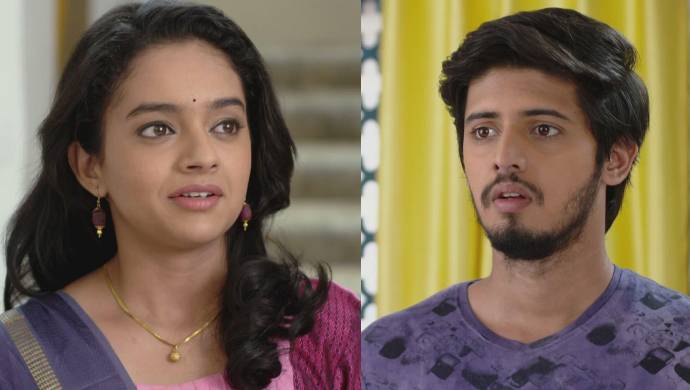 Last week in Almost Sufal Sampoorna, we saw Nachiket planning a Christmas party at his place, after wrapping up with the redecoration of the house. He enthusiastically invited Sai for the get-together.  However, she refused to come to the party, as she was fearful of Appa’s reaction. Sai’s decision to stay out of the party proved to be beneficial for Nachiket, as he learnt from her, about the police complaint which Appa had lodged against him. Sai’s loyalty towards Nachiket brought them closer and he decided to invite her for his New Year’s bash. Yet again, Sai refused to attend the same, stating the same reason as earlier. Do you think Nachiket will be able to persuade her?

On his Christmas party, Nachiket gifted Sai a dress, which he wanted her to wear on New Year’s Eve. However, Sai, fearful of Appa, made it clear to him that she wouldn’t come for the occasion. Nachiket was disappointed knowing that he wouldn’t be the first one to wish Sai, a woman whom he loves deeply. We wonder what tactic he’s going to use to convince her. Do you thinkNachiket will invite Sai’s whole family, just to make her come for the bash, like the last time? According to us, it would be ridiculous for him to do that, since Sai’s mother and Kaku would be uncomfortable around the younger generation.

On the other hand, we hope Sai, at least once, does as she pleases instead of obeying to Appa’s strange rules. She rarely gets to live her life the way she wants to. Wouldn’t it be fun to watch her let her hair down? Tell us your thoughts in the comments section below.