Almost Sufal Sampoorna: Will Sai Come to Know About The Plan Going On Behind Her Back?

Nachiket with Digs and Richa's help wants to bring Sai close to him. We wonder if Sai will come to know Nachiket's secret plan. 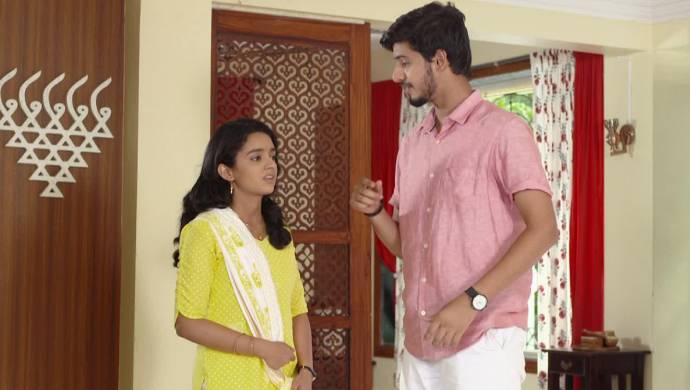 In Almost Sufal Sampoorna, Nachiket has been trying to impress Sai for some time now. However, she hasn’t been accepting Nachiket’s approach due to Appa’s pressure. Understanding Sai’s plight, Nachiket decided to involve their mutual friends, Digs and Richa to help him out in this matter. Currently, the house redecoration, which Nachiket is doing, is just another plan to bring Sai close to him. Sai, after taking Appa’s permission, agreed to help Nachiket with the interiors of this house. Amidst this, do you think she will come to know Nachiket and their friends’ underlying motto?

Nachiket has been continuously attempting to woo Sai after he began staying with her family. She does have an idea that Nachiket has feelings for her. However, she isn’t ready to acknowledge her feelings for him. Due to which, Nachiket had to step up his game and ask his best friend Digs to be his wingman. The latter, unknowingly, suggested Nachiket that he take Sai’s assistance to redecorate the house. Nachiket took that idea seriously and Sai came on board to become the interior decorator for Nachiket’s house. Presently, Nachiket and Sai are deciding to personalise every aspect of his house. Richa, who is spending time with them, is playing the cupid and trying to make Sai accept her feelings.

We love to see how Digs and Richa contribute to Nachiket’s plan without Sai knowing. In case, she ever gets an idea of all this, we are not sure if she is going to be happy about it. However, until that happens, tell us your thoughts on Sai and Nachiket’s pairing in the comments below.

Saajana: Will Rama And Pratap Call It Quits?