Almost Sufal Sampoorna: Will The Misunderstanding Clear Between Sai And Nachiket?

Sai thinks Nachiket apologised to her because of his selfish reasons. 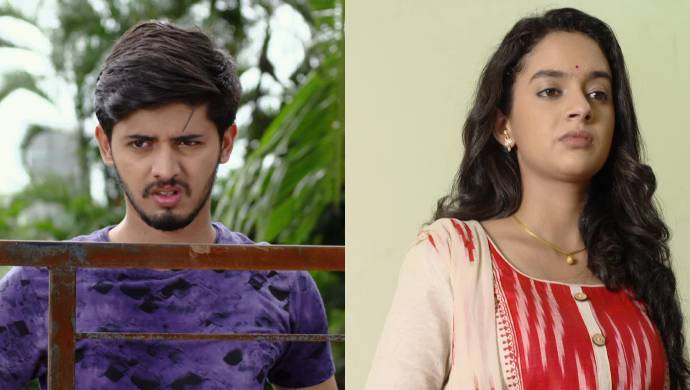 Someone wise said, “Love thy neighbours”. However, that ‘someone’ certainly wasn’t Appa who has been fighting with his neighbour, Nachiket, since the beginning of Almost Sufal Sampoorna. The arguments that irrupted between them have been for the most childish reasons. After it happened a couple of times, Nachiket finally went and apologised to Appa for his brash behaviour. But, those good relations only lasted for some days, before Sai again misunderstood Nachiket. Do you think this misunderstanding will ever clear?

Nachiket, an NRI, moved from Australia to India because he wanted to shoot a film in the country. Then, he became Sai’s neighbour. Even though both the parties didn’t start off on good terms, Nachiket’s apology cleared the differences between them. However, recently, Sai and Nachiket’s mutual friend accidentally told her that he only said sorry because he wants to make Sai’s family the subject of his film. This didn’t go down well with Sai who thinks Nachiket’s apology wasn’t genuine. Sai decided to teach Nachiket a lesson while staying away from him. He has tried to clear the differences but Sai and Appa don’t seem to believe him. We wonder who can help Sai understand that he has been genuine while apologising to her.

If Sai never forgives Nachiket, their friendship is going for a toss along with his project. Do you think they will become friends again? We would love to know your thoughts in the comments below.

Vartul: Will Meenakshi's Family Forgive Her For Hiding The Truth?