Decoded: The Different Shades Of Saajana’s Rajkumar Aka Ajinkya Nanaware!

From the beginning to now, Rajkumar's transformation has been phenomenal. 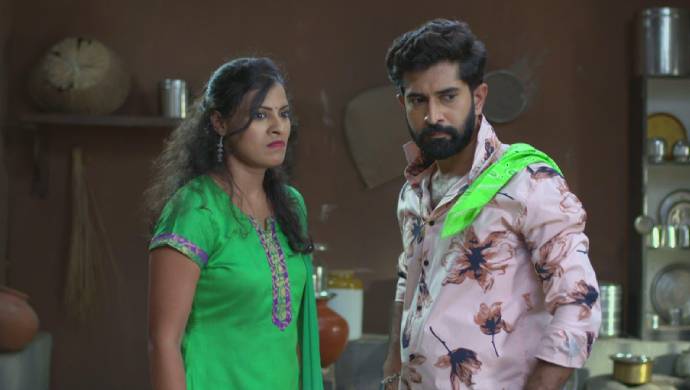 After watching Saajana, Ajinkya Nanaware has become one of our favourite actors. In Rajkumar’s role, he has easily established himself and impressed the audience with his acting skills. Doing full justice to the role, we see Ajinkya getting into the skin of the character while understanding it’s different shades. Being such a colourful character, full of entertainment, here are different shades of Rajkumar that we love to see. Have a look.

In the supporting character, Rajkumar made the main character more believable and powerful. Like, when Rajkumar was Ankush Bhau’s supporter, he made us dislike him for his qualities. He used to follow Ankush Bhau everywhere while carrying out his orders. This was the time when Rajkumar was seen in the grey shade.

He was not Pratap’s enemy just because he supported Ankush, he disliked Pratap after he got a hint that Pratap likes Rama. We have noticed Rajkumar, when true to someone, will always be loyal to them. He didn’t hesitate in trying to hit Pratap after a misunderstanding. He even revolted against Ankush Bahu who tried to break his sister’s marriage.

The people may perceive him as rough and brash at times, but he is quite the opposite. You can’t forget his fun-loving side. It is always fun to see Rajkumar spending time with his family and cracking jokes on Suman. Having a nice sense of humour, Rajkumar always becomes the star of the show.

Like, all the brothers, Rajkumar can be a strict and protective when it comes to his sisters. When Chingi was living with Rama, he always protected her from Suman’s taunts. The same way, he sides Rama when Suman tries to bully her. Rajkumar doesn’t hold back when his sisters are in danger.

What are your thoughts about Rajkumar’s character? Tell us in the comments below if you like it as much as we do.