Monica prays to God, asking him to grant a rather strange wish. What is it? Find out inside! 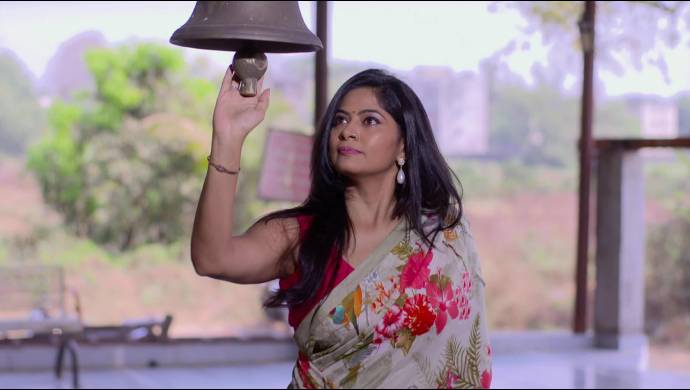 In tonight’s episode of Doctor Don, we see that the chairman of the college shouts at Monica for suspending a sincere student like Deva. Further, he orders her to write an apology letter to Deva. When the latter refuses to do so, the chairman undresses himself fearing Deva and asks Dr. Sachin to tie him in a sack. Finally, Monica feels helpless and writes an apology letter.

After some time, Monica goes to Deva’s room and Satya escorts her. Seeing Deva unwell, Monica is concerned. She immediately starts inquiring about his health. Satya and Akki complain that the day before, Deva had gone to Alibaug and he had to suffer a lot during that trip. They say that the person whom Deva drove to Alibaug did not even provide food and proper rest to him. Listening to this, Monica starts feeling guilty as she was the person who made Deva suffer. But she refuses to reveal the same. Later, Monica hands over the apology letter to Deva and tells him that his suspension order has been canceled. She inspects Deva’s health and gives him some medicines. While she is about to leave, Deva murmurs to himself thanking God for letting Monica enter his life. She hears this and starts to blush.

The next day, Aai tells Monica that Deva has fallen madly in love with her. The latter rubbishes her talks, but Aai challenges Monica saying that she will not keep calm unless and until she proves that Deva has fallen in love with her daughter. Over this, Monica also challenges Aai saying that no matter what, she will prove Aai wrong in this matter. On the other hand, Satya asks Deva if anything is wrong with him as he is acting weird since the past few days. Deva, however, tries to ignore Satya but the latter warns him to be careful regarding his relations with Monica. Meanwhile, Monica goes to a temple that Deva visits frequently. She prays to God, requesting him not to let Deva fall in love with her.

Why must have Monica prayed for such a thing? Stay tuned and find out only on Doctor Don.

Meanwhile, for more entertainment, check out the latest episodes of your favorite TV shows streaming for free on ZEE5

Doctor Don 20 March 2020 Preview: What Has Monica Shown Aai That Shocks Her?