When Satya's lie gets exposed by Radha, Deva slaps him hard. Details inside. 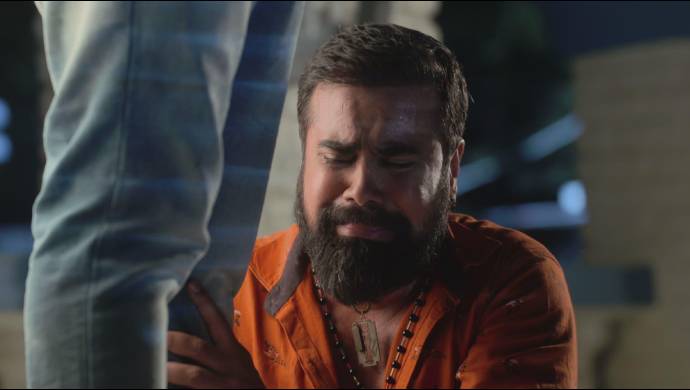 In tonight’s episode of Doctor Don, we see a grand celebration taking place at Deva’s place as Radha had won the challenge against Dr. Monica. When Deva returns home, he is very upset and stops the party. He asks his men whether they had sent the professors to help Radha by requesting them or forcing them. His men lie to him saying that they had politely requested them and not used force at all. Deva is delighted to know this and tells his men that he is now going to change his attitude and win his place back in Radha’s heart.

Meanwhile, Radha and Kabir hang around in their college canteen. He tells her about how cool his Ajji is. Listening to Kabir, Radha makes fun of him by telling him that in his family, his Ajji is young at heart and energetic like a kid whereas he is shy, introvert like an oldie. Later, Deva meets Radha and tells her that the professors that helped her, were sent by him. Radha refuses to believe him. She tells Deva that she will prove to him that the professors were forced to come and help her, and because they were requested to do so.

After some time, Radha and Deva meet Dr. Monica. The latter asks Radha why she refused to answer the questions. Radha tells Dr. Monica that she has a lot of respect for her and did not want to embarrass her in front of everyone. Impressed by Radha, Dr. Monica gives her, her number and tells Radha that if she faces any problem on the campus, she can immediately call her (Dr. Monica.) While the latter os doing so, Deva secretly notes the number down.

Later, Radha and Deva reach their house and she at once, starts interrogating Satya and Gabbar about whether they had sent the professors by requesting them or forcing them. When Satya tells Radha that he had sent the professors by requesting them, Radha tells him to swear on her. Satya’s lie gets exposed and he starts crying and apologising to Deva. The latter gets furious and gives him a tight slap.

Almost Sufal Sampoorna: Here’s Why We Think Nachiket Is Right In Behaving…

What will Deva do now to win Radha’s trust? Find out on Doctor Don.