Doctor Don 20 March 2020 Written Update: Radha And Kabir Have A Fight Over Deva

Kabir invites Radha to attend Deva's party. The latter gets furious at him which leads to an argument between them. Find out in detail inside. 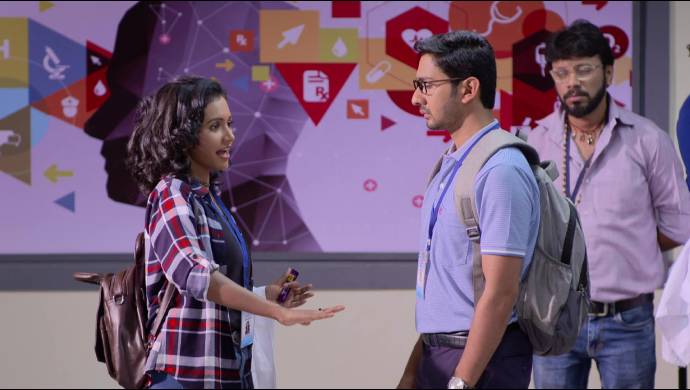 In tonight’s episode of Doctor Don, we see Monica reaching the temple to make a strange wish. She prays God not to let Deva fall in love with her. Right at that moment, Deva enters the same temple. As soon as Monica sees him, she hides. Satya takes Deva in front of the goddess and asks some questions to prove that the latter has fallen in love with Monica. However, Deva firmly tells Satya that he has no such feelings for her and he considers her as nothing more than a professor. Monica records this conversation on her phone.

Satya is satisfied with Deva’s answers and leaves. Soon after that, Deva pours his heart out to the goddess. He accepts that he truly likes Monica. However, for the sake of winning back Radha’s trust, he cannot reveal this to anyone. After some time, Monica reaches home and asks her mother to prove that Deva is in love with her. Aai immediately calls the driver and asks him to justify the reasons for not accompanying Monica to Alibaug. The driver mentions that he had to host a baby shower for his sixth child. To catch his lie, Aai orders him to get castrated. Fearing this, the driver tells the truth, saying that he was instructed by Deva to lie to Monica. To prove her mother wrong, Monica shows her the recording which she took at the temple and this shocks Aai.

Later, Monica reminisces about some beautiful memories that she has shared with Deva. On the other hand, Akki is freaked out thinking about Deva and Monica. She does not want to see Monica as Deva’s life partner at any cost. The next morning, Akki goes to college to clean Deva’s room. At the campus, she sees Radha and both of them share a warm hug. Akki tells Radha that Deva has changed for good. Further, she tells her that Deva has also started working as a driver to earn a livelihood. Radha rubbishes Akki’s talks and leaves from there.

Later, Kabir invites Radha for a party that Deva had arranged to celebrate his return to college. Radha furiously tells Kabir to stop all this nonsense which leads to an argument between them.

Will Radha attend Deva’s party? Stay tuned and find out only on Doctor Don.

Meanwhile, for more entertainment, check out the latest episodes of your favorite TV shows streaming for free on ZEE5