Radha tricks Deva in front of everyone to reveal the truth about his trip to Alibaug with Monica. Find out in detail inside! 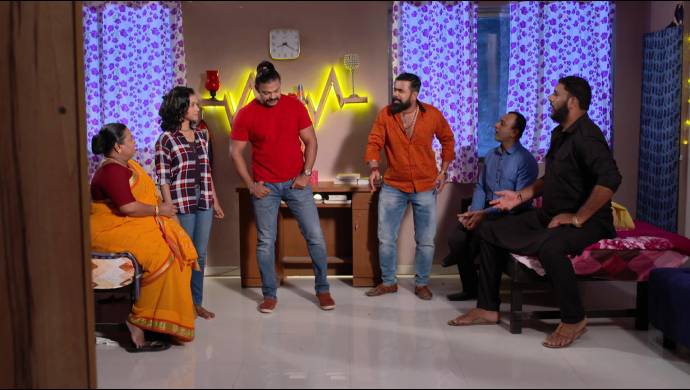 In tonight’s episode of Doctor Don, we see that while Akki is cleaning Deva’s hostel room, Radha comes there. She apologises to Akki for being harsh to her, earlier. Later, Radha pretends to be awestruck and amazed seeing Deva’s room. She distracts Akki and secretly places her phone under Deva’s chair, keeping the voice recorder on.

On the other hand, Deva and other students celebrate his and Kabir’s return to the college after their suspension order gets canceled. The students are delighted with Deva’s return. Out of curiosity, the students ask him where he had been for the past two days. Deva tells them that he had to drive one of his customers to Alibaug. While narrating the incident, Deva dreams about Monica. This makes the students tease and make fun of him. The latter simply blushes and refuses to say anything. Right at that moment, Radha enters Deva’s room to take her phone back. Deva insists on her waiting for the party, but she ignores him and leaves.

Meanwhile, Satya, Gabbar, Akki, and Pandey carry some special gifts for Radha and are really excited to surprise her with these. After some time, Radha reaches her room. She finds her roommate Sneha quite disturbed and her about it. Sneha, who knew about Radha’s trick of placing the phone under Deva’s chair, tells her that she should focus more on studies instead of interfering in Deva’s personal life.

Later, Radha calls Satya, Gabbar, Akki, and Pandey along with Deva to her room. She makes him play a game where he has to say one word and the players have to instantly reply to her with a relatable word that comes to their mind. Radha throws several words at Deva and the latter manages to revert to each of them perfectly. But as soon as she says Alibaug, Deva replies by saying, ‘Dolly Bai.’ This shocks everyone.

Has Radha’s trick to expose Deva worked or will Deva cover this up? Stay tuned and find out only on Doctor Don.

Meanwhile, for more entertainment, check out the latest episodes of your favourite TV shows streaming for free on ZEE5