To get closer to Dr. Monica and his daughter Radha, Deva plans to move into the college hostel. Details inside. 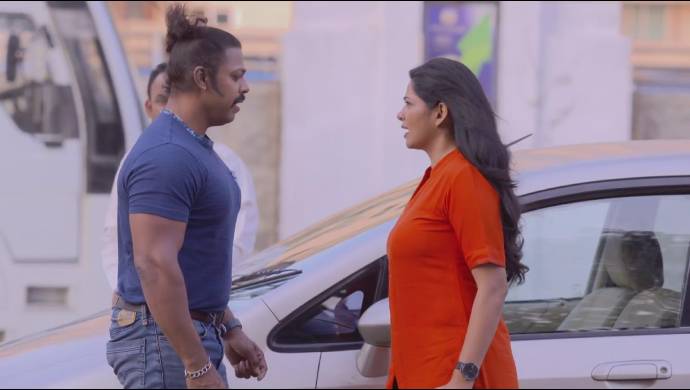 In tonight’s episode of Doctor Don, we see Aai trying to convince Monica that Deva really loves her and that is why he has enrolled himself into the medical college. Monica remembers some moments from the previous night and gets thoughtful about Deva. On the other hand, Deva is also listening to some romantic songs and reminiscing about the beautiful moments that he spent with Monica. Satya, Gabbar, and Pandey can’t believe that underworld don, Deva, is so lovestruck. They pull his leg by teasing him with Monica. Deva starts blushing and tells everyone to leave him alone.

After some time, Pandey’s spy Bunty tells Deva that he wants to talk about something urgent. Deva immediately rushes to speak to Bunty. The latter informs Deva that, because he has stopped all his underworld activities, it is getting difficult for him (Bunty) to earn a living. He also tells Deva that he does not have money to even get married to his ladylove. Bunty further informs Deva that the girl’s family is treating her very badly. Deva informs Bunty that though he has stopped getting involved in activities that will deteriorate his image, he will talk to the girl’s father for Bunty’s sake.

Deva reaches the girl’s house with Satya and Bunty. Deva tells her father that Bunty and his daughter are in love and wish to get married. The girl’s father, however, tells Deva that he will let his daughter married to Bunty, only over his dead body. He justifies himself saying that Bunty does not have a proper job and that Deva’s business is not worth bragging about. Finally, Deva convinces the girl’s father by telling him that there is no point in hindering his daughter’s love life. Instead, he should let her get married to the boy she loves. Satya is shocked to see Deva talking so politely and getting the work done.

Later, coincidently, Monica and Deva’s car collide with each other. Seeing Monica, Deva tells her that destiny wants to see them together forever. Monica rubbishes his talks and warns him not to follow her. After Monica leaves, Deva plans to shift to the hostel at the campus, to get closer to Monica.

To find out how Deva creates his place in Monica’s heart, keep watching Doctor Don.

Doctor Don 25 February 2020 Preview: Deva Gets Insulted While Finding A Room At The Hostel