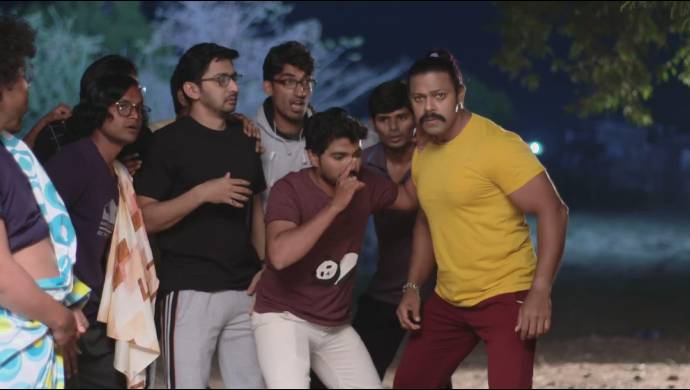 In tonight’s episode of Doctor Don, we see that the students raise a complaint against Deva to Dr. Monica. The students inform her that she should have blacklisted Deva quite earlier. Monica asks the students to write a complaint letter which will help her prove the majority against Deva to the management committee. The students hesitate to write the letter fearing Deva’s terror. Kabir takes Deva’s side and tells everyone that they should give Deva a chance to prove himself instead of writing a letter of fake complaints. Radha however, opposes him and tries to convince everyone that Deva’s presence would create disturbance in their studies.

Later, Radha asks Kabir why did he stop her from writing the letter. Kabir replies to her, saying that Deva is his hero because he is so carefree, daring and dashing in nature. Radha could not believe Kabir and finds him impossible.

Meanwhile, Deva gets to know from Shekhar that the students have raised a complaint against him to the dean. Deva immeditely orders Gabbar to catch some students and bring them to him. In no time, Gabbar brings some students in front of Deva. Deva tells the students that he would like to friendship with them. The students scaringly and unwillingly promise their friendship to Deva.

On the other hand, Aai gives a magic lamp to Monica and tells her to wish something. The lamp will keep lighting if their wish is going to come true and will dim off if not. To test the lamp, Aai asks Monica to make a wish. Monica wishes that Deva should get of her life forever. The lamp signals that her wish won’t be fulfilled.

The senior students on the campus decide to rag Deva. Kabir immediately informs to Deva about it. Listening to this, Deva gets excited. The seniors inform Deva that he has to look at Monica’s house and shout ‘Shrikhande khup god ahe’. Deva is unaware that Monica’s surname is Shrikhande. Without giving any thought, Deva shouts loudly ‘Shrikhande khup god ahe’. Monica hears this and decides to punish Deva the next morning.

What punishment is Monica going to give Deva? Find out only on Doctor Don

Meanwhile, for more entertainment, check out the latest episodes of your favorite TV shows streaming for free on ZEE5.