Doctor Don: Signs Which Prove That Kabir Is Falling For Radha

The studious and introvert Kabir from Doctor Don has some serious feelings for Radha and we can prove it! 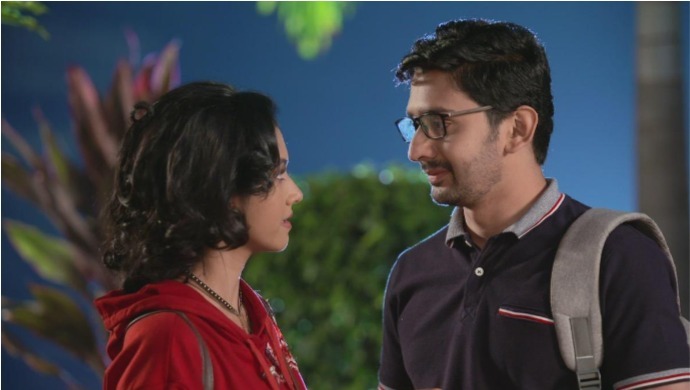 In Zee Yuva’s romantic comedy-drama Doctor Don we have seen a beautiful chemistry between the rowdy don Deva and the disciplined dean Dr. Monica. The two of them share a bond that’s more than just a friendship. While everyone focuses on Deva and Monica, we think that there is another love story brewing in the show. Surprised? We are talking about Kabir and Radha! Till now, we have seen young lad Kabir showing some signs of love towards Radha. Even though he is an introvert and a bit shy, Kabir becomes a different person in front of Radha. Though he claims to be Radha’s best friend, we think that he is falling for her. Read on to know why we say so!

Remember the episode when Radha and Kabir went on a short trip with Deva? The two of them had a great time eating street food, going for a boat rides and even flying kites together. After their trip, Kabir gifted Radha a beautiful pair of earrings. His sweet gesture worked, as his “best buddy” was totally impressed with him. Well, it’s said that shy people often turn out to be the most romantic ones and we are totally convinced after seeing Kabir’s lovey-dovey avatar!

2. Kabir is carefree with Radha

Kabir is very sincere, studious and an introvert. He religiously follows all the rules and regulations but when he is with Radha, he becomes more fun-loving and carefree. A person like Kabir, who would never think of doing any mischief, let’s loose when he is with Radha. We have even seen Kabir stealing bicycles with Radha on their trip! Its true that love transforms you into a different person and also makes you explore a different side to you, right?

3. Kabir makes Radha smile when she gets upset

In many episodes, we have seen that whenever Radha is disheartened, Kabir instantly rushes to cheer her up. You don’t do that unless you have strong feelings for someone. Seeing Kabir’s emotions towards Radha, we think we’ll soon get to see another love story in the show. Now that sounds interesting!

4. He is protective of Radha

When Monica had challenged Radha, each and every student except Kabir thought that it was impossible for Radha to win against the dean. The students started demotivating and warning Radha about the consequences that she’ll have to face after losing the challenge. In these tough times, Kabir stood up for Radha and encouraged her. He went against everyone including his mother and supported Radha. After all this, don’t you think Kabir has got a soft corner for Radha?

What can Kabir do to woo Radha? Let us know in the comments below!

From Titeeksha Tawde To Gauri Kulkarni, Check Zee Yuva Actresses Who Slayed In A Saree!