In tonight's episode, Mavshi says that Purudanda's have already completed two rituals and they need to find Gargee before they complete the third one. 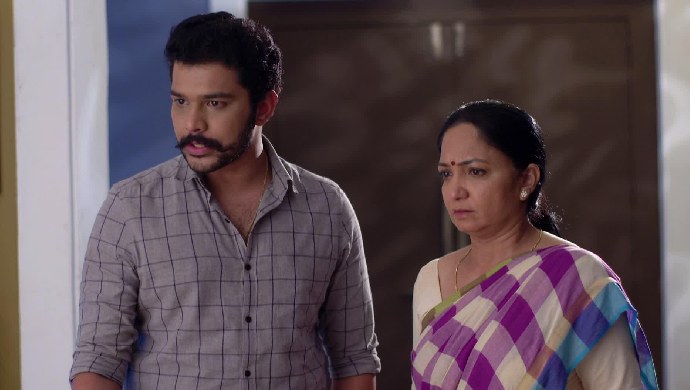 In the previous episode of Ek Ghar Mantarlela, Kshitij asks Mavshi to explain everything. She then tells him the history of Purudanda family and how she saved Gargee. Kshitij still has doubts and tells Mavshi that he wants to see it through his eyes. Mavshi then asks him to hold her hand and uses her power to make him able to see things that cannot be seen through his normal eyes. When he opens his eyes, he sees the spirit of Kaveri standing behind Mavshi.

In tonight’s episode, Kshtiij’s aunt tells Gargee that she must leave the house as soon as possible because staying there can be dangerous. The latter replies that she does not fear death rather she came there by her own choice because she wanted to avenge her mother’s death.

Meanwhile, Kshitij suggests Mavshi to call Gargee’s team of Bhas-Abhas who will be of great help for them. She says that she tried calling Nilay but when he was on his way to the bungalow, he met with an accident and died on the spot. She then requests him to keep it a secret from Gargee as it will disturb her and the situation will get worse.

Aakash who is possessed by Nana Purudanda’s spirit orders Sakshi and Sameedha to start the preparation. Kshitij asks Mavshi what are the preparations. She tells him that Purudanda’s used to do rituals before sacrificing the baby which included, walking around a tree, purifying with water and lastly making the baby unconscious. She says that Purudanda’s have already completed the first two rituals and they need to find Gargee before they complete the third and the last one.

On the other hand, Aakash, Sameedha and Sakshi are successful in sending Gargee into the room where they will be doing the last ritual.

Will Kshitij and Mavshi find out Gargee before the completion of the last ritual? Let us know your thoughts in the comments below.

Phulpakhru 2 August 2019 Preview: Tanya Gets Shocked On Seeing Sameer And Revati Together