In tonight's episode, Gargee gets the residential address of Narhari Khandagale through one of his colleagues. 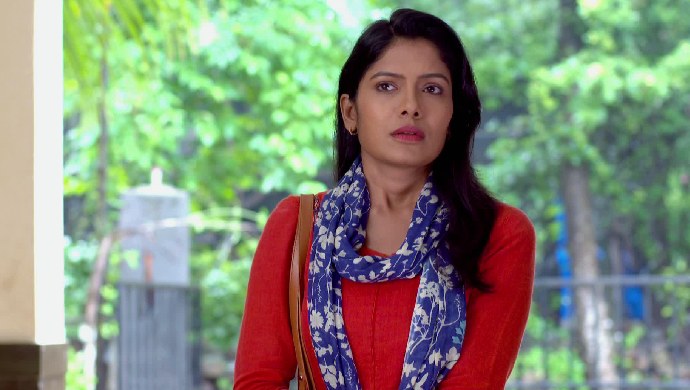 In the previous episode of Ek Ghar Mantarlela,  Gargee meets Vinod the sub-inspector, who helps her with documents related to Mrutyunjay bungalow. He also informs her about the deaths of previous police officers, who tried to investigate the happenings at the bungalow. Gargee comes across the name of the bungalow’s owner.

In tonight’s episode, Gargee tries to read the papers and learns about Nana Purudanda, the owner of Mrutyunjay bungalow. She also gets to know about another person named Narhari Khandagale, who filled a case against Nana. But she is unsure about what  the case was and what was its result. She then remembers about the police sub0inspector telling her about his office address.

At night, wakes up hearing the sound of someone knocking the door. When she opens the door she sees that there is no one. A few moments later she experiences unnatural things at her home such as the lights turning off on their own. On the other hand, Kshitij sees that Aakash is upset and tensed about something. Upon asking the reason, he tells Kshitij that he had an argument with his boss and wants to leave the job. Kshitij suggests him to leave the job and help him in the business.

The next day, Gargee reaches Narhari Khandagale’s office and enquires about him. There she learns that he is on a leave. One of his fellow colleagues gives her his residential address after requesting a lot. The colleague also warns Gargee that Narhari Khandagale is a short-tempered personality.