In tonight's episode, Narhari Khandagale agrees to tell Gargee the information about Purudanda family who used to say in Mrutyunjay bungalow. 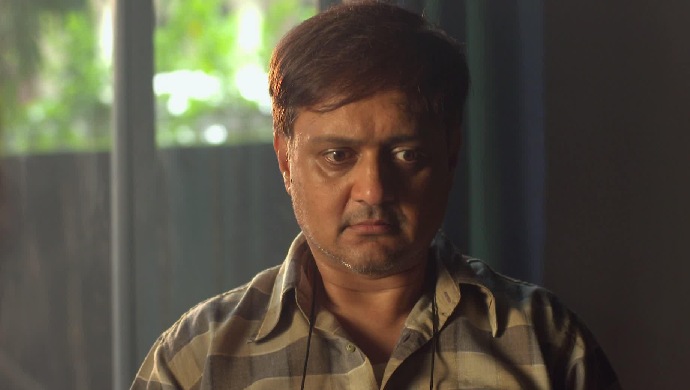 In the previous episode of Ek Ghar Mantarlela, Gargee reads the documents and papers related to Mrutyunjay bungalow and learns about Nana Purudanda, the owner of the bungalow. She also comes across another name, Narhari Khandagale who filed a case against the owner of the bungalow. To know more about this person, Gargee gets his residential address from one of his colleagues and visits him.

In tonight’s episode, Aakash, Mavshi, Sakshi and the maid are done packing their bags and are about to leave the house. Just then, Sakshi hears Avani’s voice and turns back. Aakash tells her that Avani had already gone to Mrutyunjay bungalow with Kshitij and convinces her to leave.

On the other hand, Gargee tells Narhari Khandagale that she has come to know about  Mrtyunjay bungalow and Purudanda family who used to stay there. Khandagale gets shocked and refuses to give information. He says that if he gives the information then his life will be in danger. Gargee then tells him about Avani’s death and all the incidents that had happened with her.

Hearing this, he says that these incidents had happened a few years ago and now it has started again. He agrees to tell her the information but on one condition that she should never come back to meet him ever. Gargee agrees and Khandagales starts the story. He tells her the story back in 1980s when he was newly appointed as the birth and death registration officer. While going through the files he came across a family that had four deaths and all of them were girls, while the boys used to live long.

He felt that something is wrong and researched about it and got to know that all the deaths were registered on the day of the lunar eclipse. He tried to file a complaint in the police station but it was of no use. A few days later, a man named Nana Purodanda came to his office to register the death of his girl child after one week of her birth and that was also on the day of the lunar eclipse.

Ek Ghar Mantarlela 12 July 2019 Preview: Will Gargee Save Kshitij And His Family?