While Mavshi is alone at home, Gargee comes there and forces Mavshi to eat the apple and die. 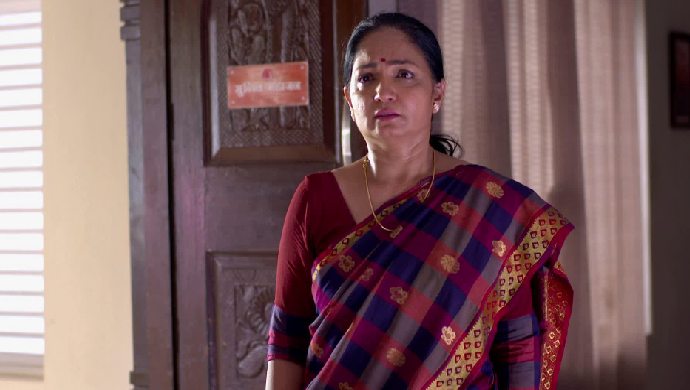 In the previous episode of Ek Ghar Mantarlela, Kshitij’s brother asks him to look after Avani since other family members are out of town and he has to attend an important meeting. Kshitij takes Avani with him to Mrutyunjay bungalow. Sameedha asks Jakhoba to show the house to little Avani. While seeing the house, Avani sees a toy car and asks Jakhoba if she can play with it. He does not allow her to do so and tells her to not touch anything in the house.

In tonight’s episode, Sameedha tells Kshitij that she needs his help as the walls of bungalow do not allow her to paint them. Listening to her, Kshitij starts laughing and tells her that she probably needs to concentrate on her work and stop coming up with such baseless excuses. She takes the paintbrush and tries to apply the paint on the walls in front of him and as she said the paint is not getting applied on the wall.

She then asks Kshitij to give it a try, and to her surprise, he manages to paint it. While they are talking, they hear Avani scream. Kshitij runs to see Avani and finds out that she is scared. He calls Jakhoba and scolds him for leaving the little girl alone. Later while they are leaving, Avani sees the same toy car and tells Kshitij that she wants it. Jakhoba warns her to not take it. Seeing this, Kshitij promises her to buy her a new toy car instead.

At home, Mavshi is alone as Gargee’s mother has gone out for some work. A few moments later, Gargee comes home and forces Mavshi to eat the apple and die with her. Listening to this, the latter gets scared. Next moment, Gargee vanishes and Mavshi thinks that it was a hallucination. Later when Gargee’s mother comes back home, she sees that Mavshi is stressed about something.

So does Mavshi start hallucinating after Nilay? Let us know your thoughts in the comments below.

Phulpakhru 12 June 2019 Preview: Manas Has A Plan To Solve The Dispute Between Aai - Baba