Gargee and her team are confused if they should postpone the shoot or if they wait for Nilay. 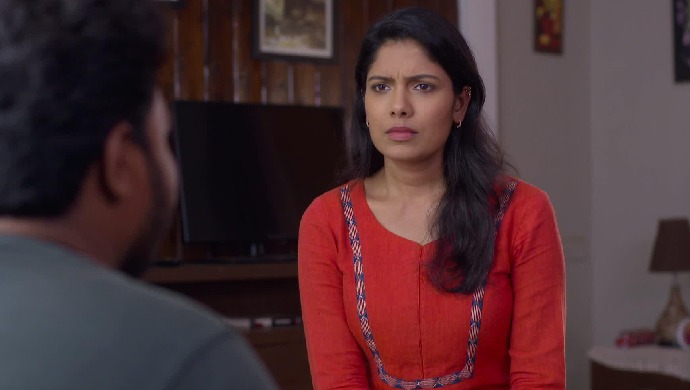 In the previous episode of Ek Ghar Mantarlela, Jakhoba tells Sameedha that she did a mistake by offering the toy car to Avani as it belongs to the owner’s kid. As a punishment, he has asked Sameedha to become Jakhoba’s servant. At Kshitij’s place, Avani’s parents have an argument over celebrating Avani’s birthday in a rented house. Kshitij comes there and promises them to celebrate Avani’s birthday in their own house which is Mrutyunjay bungalow.

In tonight’s episode, Avani requests Kshitij to take her to their new house. Seeing this sudden change, he questions her that she used to hate the bungalow then how come she is so excited about it. Avani tells him that her mother told her about celebrating her birthday in the new house.

All the team members of Bhas-Abhas come at Gargee house to meet her. Pakya tells everyone that they need to search for another location as soon as possible because they have to telecast the show soon. Cedric interrupts in between saying they should wait for Nilay till he comes back because he is the most experienced person in the team. Hearing this, Mavshi and Gargee’s mother feel better.

At Mrutyunjay bungalow, a salesman comes to sell a wifi connection. He gets inside the bungalow and observes that only two people stay there. Sameedha tells him that they do not want anything from him and asks him to leave. The salesperson goes out and makes a phone call to his friend. He tells him that he has found a great place for their next robbery referring to Mrutyunjay bungalow.

Later in the evening, Sameedha refuses to work as a servant. Jakhoba tells her that it is her punishment and she has to do it. Just then, Kshitij comes there with Avani and sees Jakhoba’s rude behaviour. He tells Avani to play near the house and questions Sameedha about whatever is going on in the bungalow.

Will Sameedha tell Kshitij bout the truth? Let us know your thoughts in the comments below.

Ek Ghar Mantarlela 15 June 2019 Preview: Will Kshitij Be Able To Save Avani?