Kiran Mavshi saves Gargee with the help of the Kakan. 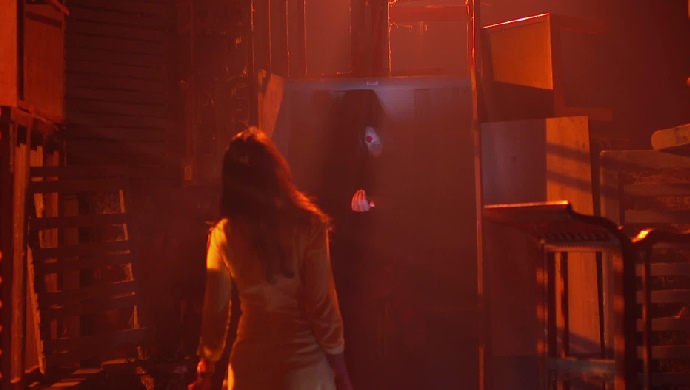 In the previous episode of Ek Ghar Mantarlela, Gargee is hypnotised by Jakhoba as she is seen sitting alone in the storeroom. Nilay, Suresh get into the bungalow with the help of Kiran Mavshi. All three of them try to search for Gargee everywhere but fail to do so. Later, Gargee hears Nilay’s voice and tries to run away from the storeroom but is unable to open the door. The door of the cupboard kept in the storeroom suddenly open and a lady is calling Gargee towards her.

In tonight’s episode, Kiran Mavshi enters the bungalow with Suresh and sees Nilay. She uses the Kakan to find Gargee and gets a vibe that she is in the storeroom. Kiran Mavshi calls Nilay and Suresh loudly and tells them to go near the cupboard as they will find Gargee there.

After coming into the storeroom, Mavshi asks Nilay to open the door of the cupboard. Even after using all his strength he is not able to open it. He then calls Suresh for help and both of them open the door. Gargee is seen lying unconscious inside the cupboard but everyone gets terrified to see the lady with her face covered in the same cupboard. Kiran Mavshi uses the Kakan to go near Gargee and get her out of the cupboard. She asks Nilay and Suresh to lift her.

After coming out of the bungalow, they keep Gargee in the taxi and when they are about to leave the place, Kshitij comes there and tries to put Nilay down by saying that he was right and Gargee was wrong. Nilay is arguing with him but Kiran Mavshi stops him and tells him to ignore it. She tells Nilay to take Gargee to the hospital and go home while she is standing near the bungalow.

Suresh requests her to move but she doesn’t listen to him. While requesting her, Suresh gets a heart attack and falls unconscious.

Ek Ghar Mantarlela 15 May 2019 Preview: After Saving Gargee, Suresh Gets A Heart Attack