Gargee meets the lady from the Mrutyunjay bungalow but she tells that she does not remember meeting Gargee. 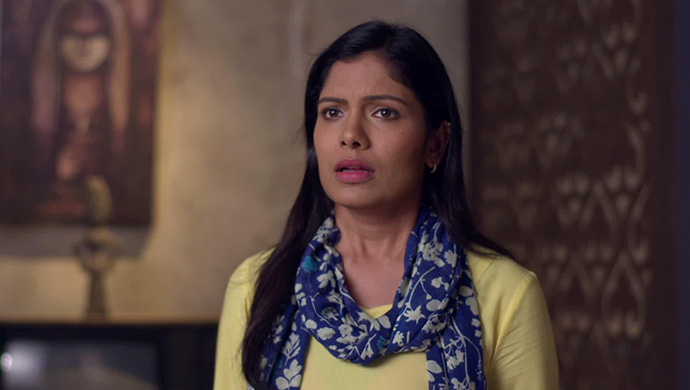 In the previous episode of Ek Ghar Mantarlela, Gargee wakes up feeling better but she is not able to remember what happened with her for the last two days. When she talks about Mrutyunjay bungalow, Kiran Mavshi and her mother strictly warn her not to take the name of the bungalow or go there ever again. Later at night, Gargee gets a dream in which she sees Sameedha walking inside the bungalow. Mavshi tells her that though she is not thinking about the bungalow somewhere in her mind she still wants to reveal the mystery of the bungalow.

In the last episode, Gargee’s father is getting ready to leave for his office, he asks Gargee to bring his mobile phone which is kept for charging. While bringing the mobile, she sees that the date is incorrect in his mobile too. She tells it to her parents that if the mobile does not have a problem that means she is unable to remember the last day in Mrutyunjay bungalow. Her mother tells her that it might be because of the work pressure and somehow convinces her to stop thinking about it.

Kiran Mavshi comes home and sees Gargee getting ready to go out. Gargee’s mother asks her not to move out of the house as she did it the last time, she went to the bungalow. Mavshi interrupts in between and tells Gargee’s mother to allow her to go out. At the Mrutyunjay bungalow, Sameedha is instructed by the voice to get Gargee back in the bungalow and also remove the Kakan out of the house. While Gargee is on her way to the bank, she sees the lady whom she met in the bungalow. She decides to go and ask her about the mystery of the bungalow.

Gargee goes near the lady and tells her that she will help her if she tells the secret without being afraid of anyone. The lady gets confused as it seems she is seeing Gargee for the first time in her life. Gargee then asks her about her daughter Avani and tells her that she has met her too. The lady then calls her daughter but it turns out that the lady isn’t with Avani.

Phulpakhru 18 May 2019 Preview: Revati Asks Manas To Not Take A Call

Ek Ghar Mantarlela May 18 2019 Preview: Nilay And Team To Go Back To Mrutyunjay?