In tonight's episode, Gargee is locked inside the storeroom. There she sees a cupboard and walks inside it to find Sakshi. 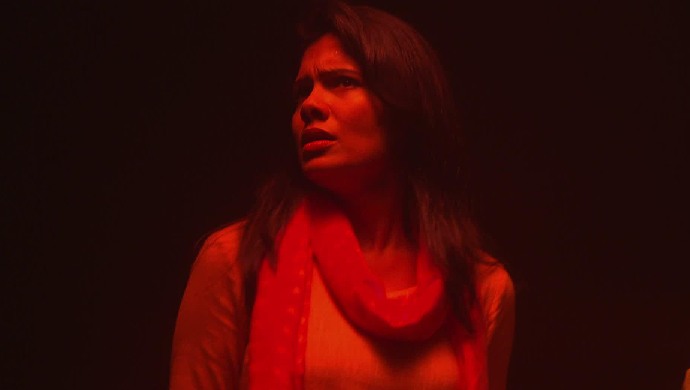 In the previous episode of Ek Ghar Mantarlela, Aakash who is possessed by Nana Purudanda’s spirit orders Sakshi and Sameedha to start the preparation. Kshitij asks Mavshi to explain to him about the preparations. She says that Purudanda’s used to do rituals before sacrificing the baby which included, walking around a tree, purifying with water and lastly making the baby unconscious. She tells him that they need to find Gargee before they complete the last one.

In tonight’s episode, Gargee goes inside the storeroom and hears the lullaby song that she had heard before. Aakash tells Sakshi and Sameedha that they have to make sure that Mavshi and Kshitij do not reach close to Gargee or else their plan will fail.

Mavshi comes to Kshitij’s aunt and tells her that she has to stay aware because she is the weakest and the Purudanda’s might try to overpower her and control her. The latter says that she will try her best not to fall for the tricks. She then goes to Kshitij and tells him that the Purudandas have already completed two of the rituals and they are about to complete the third one. Now the challenge is that she won’t be able to come with Kshitij which is why he has to go alone and save Gargee.

On the other hand, Gargee is locked inside the storeroom and suddenly the door of the cupboard opens. When she steps inside the cupboard she sees a dark room. A few moments later, Sakshi comes from behind and tells Gargee that she is in the reflection of the bungalow which is 15 kilometre beneath the surface. She also tells her that no matter how loudly she shouts, no one will be able to hear her at all.