Nilay, Pakya and Dinesh go to Mrutyunjay to get the equipment. Dinesh is asked by Nilay to throw the Kakan out of the house. 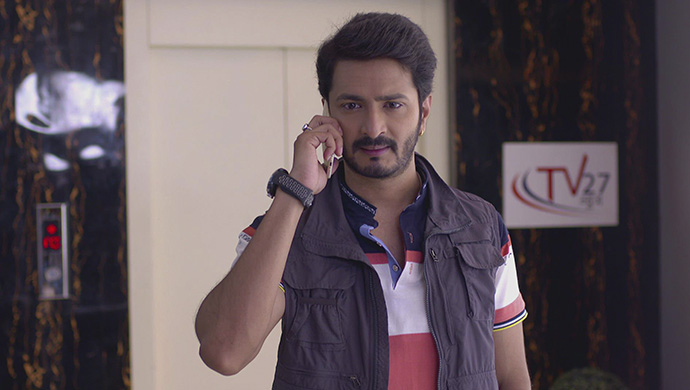 In the previous episode of Ek Ghar Mantarlela, Nilay gets a phone call from Kshitij telling them to take their equipment else he will throw it away. Nilay agrees to come to the bungalow and take it but we see that it is Sameedha who was speaking in Kshitij’s voice and it is her plan to bring Gargee back to Mrutyunjay bungalow. Mavshi asks Gargee to promise her that she will never think about the bungalow.

In tonight’s episode, while talking to Gargee, Mavshi gets a call from Gargee’s mother and she tells her to comes down to pay the money to the rickshaw driver as she forgot to carry extra cash. Gargee tells Mavshi to sit at home as she goes to pay to the rickshaw driver. While returning with her mother, she sees the same old lady who she met at Mrutyunjay.

Gargee tells her mother to go home and decides to follows the old lady to see where does she go. A few moments later the old lady notices Gargee following her and turns back to question her. Gargee tries to remind her about meeting her in the bungalow but just like Avani and her mother, this lady too does not remember anything. While talking to her, the same maid who was seen with Avani’s mother comes calling for the old lady. Gargee thinks that if she sees her, she will tell her how she met Avani’s mother and asked the same questions.

Nilay, Pakya and Dinesh go to Mrutyunjay bungalow and try calling Kshitij but his phone is not reachable. Dinesh goes near the door and finds out that it is already open. After getting into the bungalow,  Nilay tells them to spread and pack all the equipment. A few moments later, Nilay calls Pakya from upstairs to show something and Dinesh continues doing his work. Suddenly, Nilay stands in front of him and tells him to find the Kakan and throw it away. Dinesh gets scared after seeing Nilay and agrees to find the Kakan. At the end of the episode, we see Sameedha sitting on the couch and smiling as it seems like it is her plan to get the Kakan out of the house.

Will Nilay, Pakya and Dinesh get out of the house safe? Let us know your thoughts in the comments below.

Watch the story of Meenakshi who struggles to save her family from her past in Vartul.