Gargee dreams about Mrutyunjay bungalow and Avani again. She wakes up and thinks about meeting Kshitij and telling him about it. 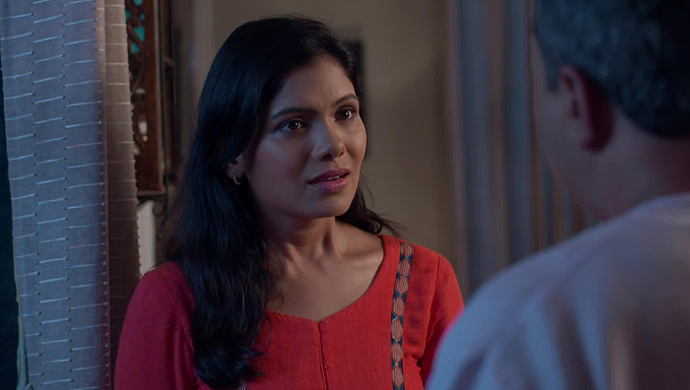 In the previous episode of Ek Ghar Mantarlela, Gargee gets surprised when she learns that the lady who opened the door wasn’t the owner’s wife. While searching for the lady in the house, Gargee sees a photo frame in which she sees the same lady whom she met a few moments ago. The owner tells her that they are Mr and Mrs Tarkar. Listening to him Gargee gets confused and faints. Later, when she wakes up, she finds herself at home surrounded by Nilay, Pakya and her mother.

In tonight’s episode, Kshitij tells Avani’s parents that they won’t be able to celebrate Avani’s birthday in Mrutyunjay bungalow because the work has been stopped and the interior designer ran away. Just then the maid comes there and informs Avani’s mother that Avani is not in her room. Everyone starts looking for Avani in the house as well as outside. While searching, Kshitij tells his brother that she must be inside the house because they were in the main hall for a very long time and if Avani had gone out then they would have seen her. After a while, Kshitij goes to the police station to file a missing complaint.

She tells Gargee to stay away from the house and avoid such places as much as she can. Gargee then questions her that if everything that she saw in the house was true then whatever happened in Mrutyunjay bungalow was also true. Listening to her, Mavshi gets shocked.