Sara asks Gargee to leave the show and offers a new job and money in return. 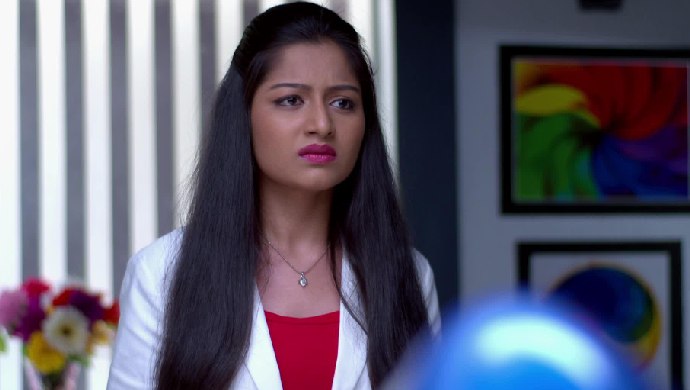 In the previous episode of Ek Ghar Mantarlela, Mavshi gets a vibe that the Kakan is not in Mrutyunjay bungalow anymore. She immediately calls Nilay and asks him to meet her. At office, Sara blames Gargee for wasting their time energy and company’s money at Mrutyunjay bungalow. A few moments later, Nilay comes there and asks Sara to mind her language and stop blaming Gargee. Sara goes to complain about Gargee to her superiors but their boss gives Gargee another chance to handle the show.

In tonight’s episode, Nilay comes to meet Mavshi. She tells him that Kakan is not in the bungalow which means Gargee’s life is in danger and they all have to make sure that Gargee does not go near the Mrutyunjay bungalow ever again. While they are talking, a waiter spills a coffee on Mavshi’s hand. Nilay takes her to the doctor immediately. While returning home, Nilay imagines Pakya, Cedric and Mavshi standing in front of him with wounds on their faces.

Gargee comes to meet the person who has the information that she is looking out for. He tells her that he is a psychiatrist and knows she hallucinates. He also warns her that if she continues the show Bhas-Abhas then her situation will become even worse. Gargee doesn’t agree to it and tells him that as a reporter it is her duty to bring the truth in front of the masses. Seeing that Gargee is not agreeing to the plan, Sara comes out and reveals that it was her plan to get her out from the show. She even offers another job and money and asks Gargee to leave the job. Gargee gets angry listening to this.

Phulpakhru 27 May 2019 Preview: While Playing The Game, Tanya Suddenly Falls Down

Ek Ghar Mantarlela 27 May 2019 Preview: Gargee To Be Alone In The Haunted Building?