In tonight's episode, Kshitij remembers that Gargee had told him once about the cupboard in the Mrutyunjay bungalow. 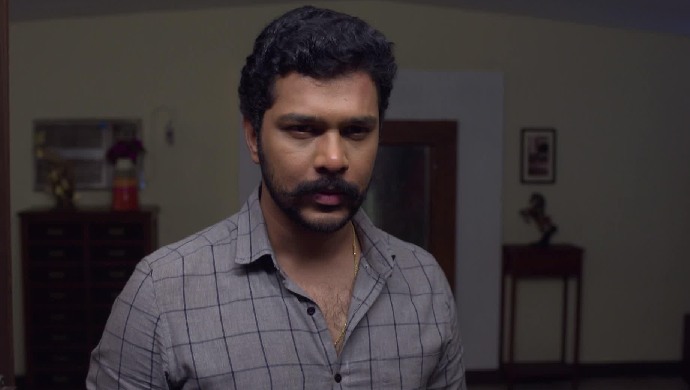 In the previous episode of Ek Ghar Mantarlela, Aakash tells Sakshi and Sameedha that they have to make sure that Mavshi and Kshitij do not reach near Gargee or else their plan will fail again. Meanwhile, Mavshi tells Kshitij that the Purudandas have already completed two of the rituals and they are about to complete the third one. On the other hand, Gargee is locked inside the storeroom and suddenly the door of the cupboard opens. When steps inside the cupboard she sees a dark room.

In tonight’s episode, Mavshi tries to protect Gargee and help Kshitij to get to her by reading a holy book. To do so she has to light an oil lamp but due to the power of the Mrutyunjay bungalow, she is unable to light it. Later she uses a holy powder to create a circle and after that, she lights the lamp.

Meanwhile, Kshitij is looking for Gargee in the whole bungalow. He comes near a door where he sees Sameedha. She tells him that if he wants to live then he has to marry her or else he would get stuck in the bungalow forever. Hearing this, Kshitij remembers what Mavshi had told him and closes his eyes.

Later, Aakash comes near Mavshi and threatens her to stop trying to save Gargee or else she will have to face its consequences. Mavshi neglects his warnings and continues to pray for Gargee. When Kshitij opens his eyes, he sees that he is in a dark room and there is a cupboard in the corner. He remembers Gargee telling him about it when she had come to warn him earlier. He uses all his strength to open the door of the cupboard and hears a lady singing a lullaby.

Ek Ghar Mantarlela 5 August 2019 Preview: Will Kshitij Be Able To Save Gargee?