In tonight's episode, Kshitij sees the spirit of Kaveri standing behind Mavshi and also hears the crying of babies that are hanged on the tree. 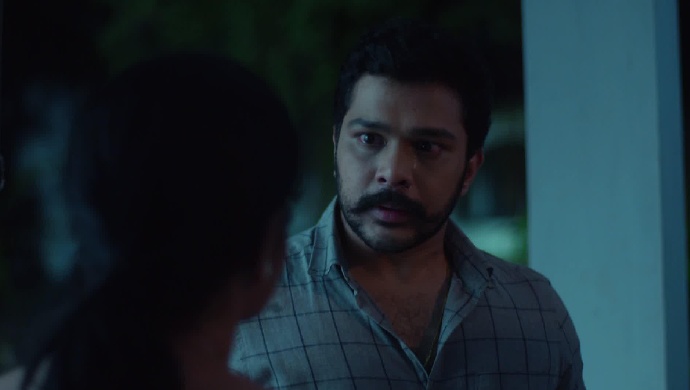 In the previous episode of Ek Ghar Mantarlela, Mavshi gets a call from an unknown person who informs her that Nilay died in an accident. She gets confused because she thought that Nilay was Gargee’s Rakhandar but after his death, she feels that the bungalow made her believe that. Later when Mavshi read Kshitij’s birth certificate and learns that he is the real Rakhandar of Gargee.

In tonight’s episode, Kshitij’s aunt tells him that they all have experienced unnatural things from the day they entered the bungalow. She then reminds him of sudden changes in Sakshi’s behaviour. Also, she tells him about Sameedha’s entry which was totally unexpected.

Meanwhile, Gargee and Mavshi come downstairs to discuss what should they do next to convince Kshitij. Just then, Gargee gets a call from her father and she goes outside to talk to him. While Mavshi is waiting inside, she hears the voice of Nana Purudanda. When she turns around she sees Aakash sitting on the rocking chair as he is possessed by Nana’s spirit. He tells her that she did a mistake by hiding Gargee for these many years.

A few moments later, Kshitij comes downstairs and Aakash gets normal. He asks Mavshi to explain to him everything but she tells him that they need to go out of the bungalow. She then tells him the history of Purudanda family and how she saved Gargee. He asks Mavshi what makes him the Rakhandar. The latter repeats the puzzle and explains it to him in simple language. Kshitij still has doubt and tells Mavshi that he wants to see it through his eyes. Mavshi then asks him to hold her hand and uses her power to make him able to see things that cannot be seen through his normal eyes.

When he opens his eyes, he sees the spirit of Kaveri standing behind Mavshi and then going inside the bungalow. A few moments later, he sees small babies hanged on the tree near bungalow and hears them crying.