Ek Ghar Mantarlela 31 May 2019 Written Update: Avani Is Kidnapped In Front Of Gargee

While Cedric and Gargee are waiting for Avani, they see that a man comes there and takes Avani with him. 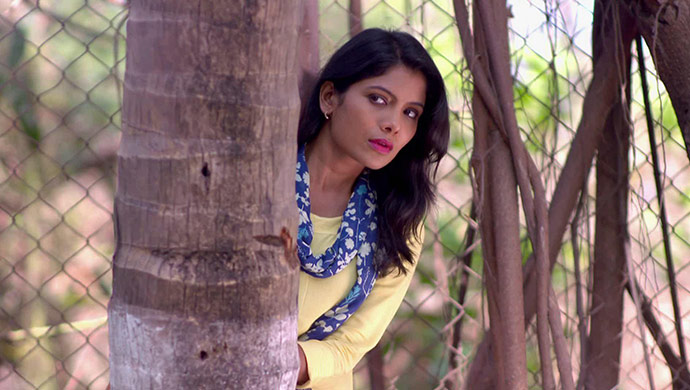 In the previous episode of Ek Ghar Mantarlela, Gargee’s parents have come to the market to buy fruits and vegetables. Sameedha tries to have a conversation with them by returning the apple which fell from their carry bag. Unaware of her intentions, Gargee’s parents have tea with her and also invite her for the pooja. In the evening, Nilay sees that his mother is not at home and she has forgotten her mobile. Later, he gets a call from his mother that she is with the neighbour and forgot to inform.

In tonight’s episode, Mavshi informs Gargee about Nilay’s call and she calls him back. He is about to tell her about his experiences but just then, his mother comes near him and Nilay avoids the topic. Next day, Cedric and Gargee go near Avani’s dance class to get more information about the Mrutyunjay bungalow. A few moments later, Avani and her friend come out of the dance class and a man is seen talking to her. Thinking that he might be someone from her family, Gargee and Cedric watch them for a distance. Gargee feels that something is wrong and asks Cedric to follow them.

At the office, Nilay apologises to Pakya saying that he was not in the mindset to handle a prank which is why he slapped him. The latter tells him that he has forgiven him and both of them go to have tea. Back at the dance class, Gargee sees Avani’s mother and maid come to pick up Avani. She tells them that she went with a guy. But they tell her that they didn’t send anyone to pickup Avani. At Mrtyunjay bungalow, Sameedha calls Khsitij to ask about the renovation. He tells her that because the deal did not go well, he has decided to postpone his plan of renovating the bungalow.