While Gargee is at the flower market, she keeps on hearing the name Murtyunjay from the people passing by. 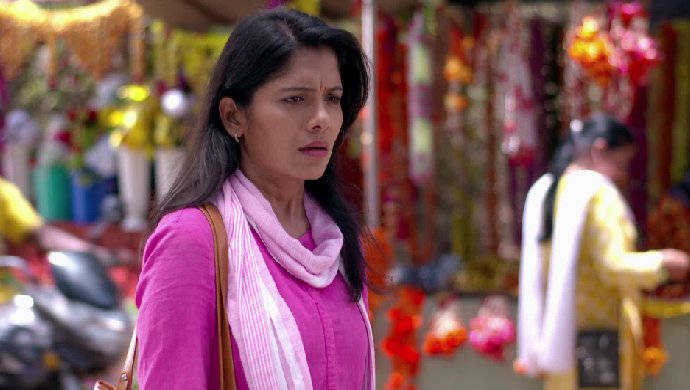 In the previous episode of Ek Ghar Mantarlela, Sameedha and Jakhoba are discussing the plan to bring Gargee back in the bungalow. Just then the door opens and Kshitij enters the house. He gets angry at them and asks them to leave the house. Sameedha somehow manages to convince Kshitij and asks him to allow Jakhoba to be in the bungalow as a caretaker.

In tonight’s episode, Nilay and Gargee have come to the flower market to prove her bargaining skills to her parents. While walking, Nilay sees Sameedha on the other side of the road and goes to meet her. He asks her about Mrutyunjay bungalow and she repeats her statement saying whosoever goes into the bungalow ends up killing himself or his loved ones. Listening to her, Nilay gets disturbed and decides to go away from Gargee and his mother.

On the other hand, Gargee is waiting for Nilay when Avani’s mother comes there and meets Gargee. She asks her if she would like to join them as they are also heading home and they can drop her near her house. Gargee tells them that she is waiting for her colleague but a few moments later when she tries calling Nilay, his mobile is unreachable. After waiting for some time she agrees to go with them.

Later that day, all the team members except Nilay come to Gargee’s house to do the preparations for the pooja. Gargee keeps on asking everyone if Nilay contacted them and told anything because his mobile is still switched off. Pakya tells her that he might be busy with some important work and assures her that he will be reaching soon. A few moments later, Guruji comes home and is about to start the pooja. He suddenly gets a feeling that something is not right and tells it to family members.

On the other hand, Nilay comes home and decides to go far away from his mother and everyone else. He starts packing his bags and is about to leave his house.