Nilay tells Gargee that if she continues to meet Sakshi then her career and personal life will suffer. 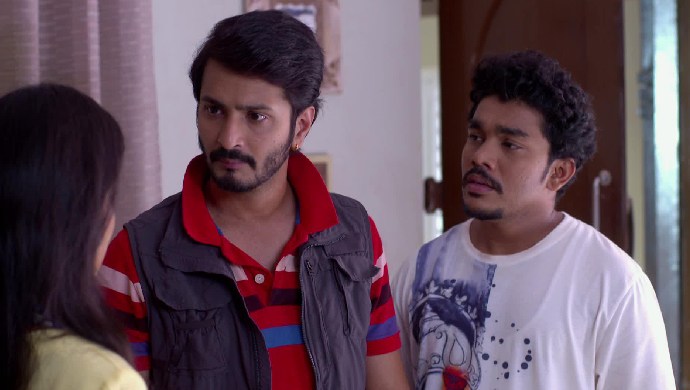 In the previous episode of Ek Ghar Mantarlela, Gargee gets a feeling that someone is watching them. When she opens the cupboard, she gets shocked to see the same doll from Mrutyunjay bungalow. Later that day, Kshitij gets Sameedha’s diary in the bungalow and tries to contact her. A lady answers the call and tells him that Sameedha has gone missing from the last four months.

In tonight’s episode, Gargee returns home and is unable to stop thinking about the doll and Mrutyunjay bungalow. A few moments later, Kshitij and Pakya come home. Gargee tells them that Kshitij’s aunt has asked her to keep coming to meet Sakshi so that she feels better. Hearing this, Nilay gets annoyed and tells her that she needs to stop going there because if she continues then her career and her personal life will suffer. Gargee agrees to it and asks Nilay to calm down.

Later that day, Kshitij and Aakash tell their aunt that they have decided to shift to Mrutyunjay bungalow as soon as its repair work gets completed. Aakash says that they won’t take anything related to Avani in the new house as it will remind them of Avani. Aunty says that the doctor suggested keeping the doll with Sakshi as she thinks that it is her Avani.

The maid brings medicines with a glass of water for Kshitij’s aunty. When she drinks the water, she burns her mouth as it turns out to be piping hot. The maid gets shocked because she poured the water from a bottle which was kept in the refrigerator. At Gargee’s place, she wakes up in the middle of the night. She then looks at the watch and realises that its 2.30 am. She is about to sleep when she hears the sound of birds and opens the window. To her surprise, it’s already morning. When she looks at the watch again she sees that its 7 am.

Is Gargee hallucinating again? Let us know your thoughts in the comments below.