When Gargee was sitting beside Nilay's mother she suddenly held her hand and woke up as if nothing happened. 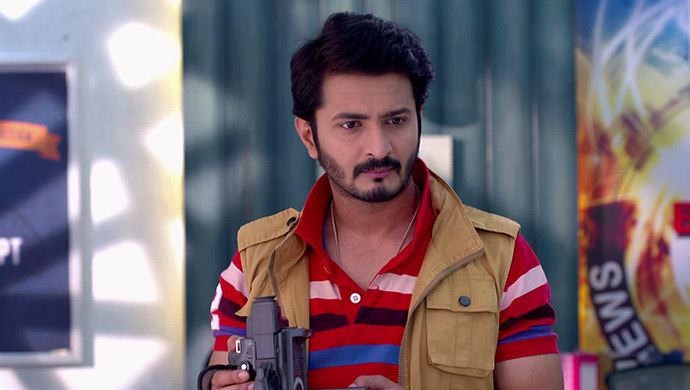 In the previous episode of Ek Ghar Mantarlela, Nilay is packing his bags to leave the house and go far away from his mother and loved ones. At Gargee’s place, everyone is wondering why Nilay is not answering their calls. Later when Nilay comes into his mother’s bedroom to say goodbye, he finds out that his mother is dead. He tells this news to Gargee and she comes at Nilay’s place with Mavshi.

In tonight’s episode, Gargee is sitting next to Nilay’s mother on the bed. Suddenly, his mother holds her hand and looks at her. Seeing this, Gargee gets shocked and screams. Hearing Gargee’s scream, Nilay and Mavshi rush to the bedroom. Even they get shocked to see that Nilay’s mother awake as if nothing happened. Gargee gets angry at Nilay as she thinks that he played a prank on them.

At Mrutyunjay bungalow, Sameedha and Jakhoba are laughing at Nilay’s situation as they are aware of it. Just then, Kshitij enters the house and seeing him Sameedha becomes silent. He asks her about the progress of the interior design, to which Sameedha says it is complete and she will come to his office tomorrow and present it to him. Kshitij asks her to present it right away. The latter asks Jakhoba to bring a sheet from the upstairs. When she holds the sheet in her hands, it is seen empty but the moment she keeps in front of Kshitij, the design appears on it.

Back at Nilay’s place, Gargee leaves from his house. Mavshi knowing that Nilay has not lied asks him what actually happened. He tells Mavshi about all the hallucinations he is experiencing after coming back from the bungalow. The latter suggests him to go on a vacation and take a break from his routine. The next day, Gargee meets Kshitij near her office. He tells her that he has come to claim for the defamation that he discussed with Gargee before they went to stay in the bungalow.

Phulpakhru 7 June 2019 Preview: Will Manas Be Able To Reach Home On Time?