After knowing about the Guruji's death, Mavshi asks Nilay to be alert and stay safe. 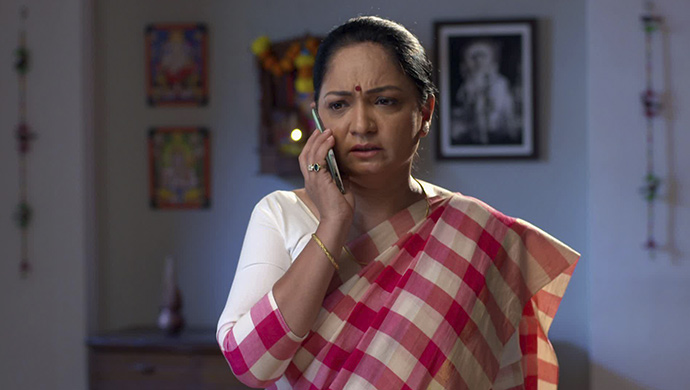 In the previous episode of Ek Ghar Mantarlela, Kshitij meets Gargee near her office and tells her that he has come to file a defamation case against their news channel. While talking to her, he sees his brother standing on the other side of the road. It is the same guy who Gargee saw in the Mrtyunjay bungalow. Later that day, Nilay asks Mavshi, why is he experiencing such unnatural things. She tells him that he is Gargee’s protector which is why the bungalow is trying to keep him away from her.

In tonight’s episode, Kshitij meets his niece, Avani. He enquires about his mother and sister-in-law. His brother tells him that they have gone to Sangamner to see Mrunmayi who is not well. While talking, Kshitij’s brother tells him that they have been through a lot of problems from the last year and he feels that he is responsible for their condition.

At home, Mavshi tells Nilay that he has to be with Gargee no matter what. The latter assures Mavshi that he will protect Gargee. Just then Gargee’s mother comes home and hears the last sentence that Nilay said. She gets worried and asks them to explain what were they talking about and why does Gargee needs protection. Nilay immediately diverts the topic saying he was talking about their shoots as it is risky to go to such places, so he said that he will protect her.

Later that day, Gargee’s father returns home and seems upset. Upon asking the reason, he says that the Guruji who came for the pooja has passed away. He further tells that he was all fit and fine when he returned home. The moment he ate some fruits, he died on the spot. Mavshi gets an idea that it was because of the same apple that she found doubtful. She immediately goes to her house and calls Nilay and asks him to be alert and stay safe.

Phulpakhru 10 June 2019 Preview: Manas and Vaidehi Get Awkward In Front Of Baba's Friends