The 'father of Indian television' made an appearance in the Santosh Mijgar directional and spoke about his achievements and how to attain success. 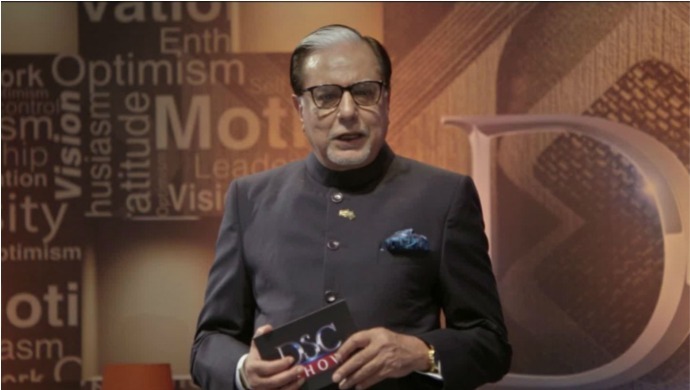 Marathi film Patil directed by Santosh Mijgar is an inspirational tale of a middle-class man named Krishna (Narendra Deshmukh) who wishes to become an IAS officer. He falls in love with Pushpa (Bhagyashree Mote) but due to certain tragic circumstances, the two go their separate ways. After his bitter breakup with Pushpa, Krishna is adamant to make his dream come true and what follows is a journey of determination and hard work. Patil makes for an ideal watch, especially if you need a nudge to chase your dream.

Aside from the gripping storyline and performances, what makes Patil even more special is the fact that it features Essel Group head honcho Dr Subhash Chandra! The chairman of the company makes an appearance in the film where he is seen taking a lecture for students on how to be successful and deal with failure. Often referred to as the ‘Father of Indian television’, Dr Subhash Chandra spoke about his own experiences in the film and his mantras for success. Here are three key points from his speech, to live by.

1. Never be afraid of competition

In one scenes, Chandra is asked whether he felt less confident about himself, when facing competition from other channels. In a calm and cool manner, he first compliments the questioner and then adds that if he would have been scared of competition, he wouldn’t have rejoiced the fact that Zee TV today is still the number one satellite channel in India. “I alone didn’t have a right over satellite television. But I started it and today, it has become a huge company with lakhs of people working in it. And this makes me very happy,” says the Essel Group head.

2. Don’t lose your confidence, come what may

Dr Subhash Chandra advised youngsters to not lose hope as well as their confidence. He urges them to keep going, keep working hard and staying strong. “Success will come your way,” he adds.

3. Anyone can be anybody

The Essel Chairman said that it doesn’t matter which background you come from, you can be anything as long as you have a determination and fire to make it big. He adds that once you become successful, no one really questions where you come from. It’s eventually your success that matters.

Do you agree with his points? Post your thoughts in the comments section below!

Mohan Joshi And Subodh Bhave Starrer Pushpak Vimaan Will Take You On An Emotional And Fun Ride- Watch Now On ZEE5!

Phulpakhru 30 April 2019 Written Update: Vaidehi Betrayed By Her Own Colleague?