Exclusive: I’ve Been Respected In Every Field That I’ve Been In, Says Ashwini Kalsekar

The Hutatma actress maintains that she has never felt discriminated against because she hails from a television background. 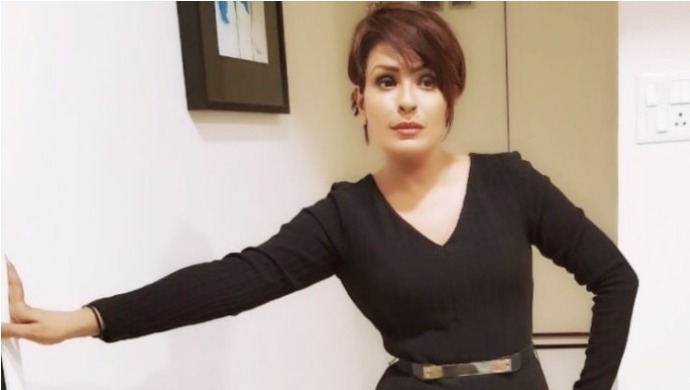 Ashwini Kalsekar is seen in ZEE5’s original Marathi series Hutatma, that tells the story of how Maharashtra was formed with Mumbai as its capital. The actress has worked in films as well as television, where she gained immense recognition in the latter with her characters Jigyasa and Maham Anga in Kasamh Se and Jodha Akbar. During an exclusive one-on-one chat, Ashwini maintained that she has been “respected in every field that she has been in,” and never felt discriminated against.

Watch the trailer of Hutatma here.

She however adds that there are certain people who have judged her for not being a trained actress. “But I don’t think people are looking down upon me, I think it’s about the way I take it. There are few people who may not like me because I am not a trained actor but there are a bunch of people who do and they appreciate that I can still can manage. I have managed for last so many years. If you choose to feel discriminated, you will,” she says.

Ask Ashwini how her experience was on working with veterans like Mohan Agashe and Sachin Khedekar and she says, “These legends give you so much energy, you just have to look at them, say your lines and you’re there.” She adds that with the current generation, she often has to give the actors a cue to seek the same level of energy from them. “But that’s fun too as that’s a different energy altogether. You have to be on guard with this new generation.”

But does it get tough to catch up with today’s fast-paced era of social media? “No. I have always been in my comfort zone. I have joined swimming classes nearly 5 times. But even today, I can drown in 3 feet water and die. Kuch cheezein nahin aati toh nahin aati (If I don’t know something so be it.) I am very different like that as things don’t affect me otherwise one can go mad. You can’t stress out about everything,” says Ashwini.

The actress adds that she doesn’t like to mingle with a lot of people and stays away from gossip. “I like to learn new things and I am very happy in my own house. I am very domesticated even if I don’t come across as such.”Ask her if the unpredictability of the entertainment industry and the fear of being out of work ever worries her and Ashwini strongly stresses upon the fact that it does. “It gets me down to my knees. I can be pulled down by the insecurity but eventually you rise up.”

Talking about the kind of work that she will like to do, the actress is quick to add that she wishes to do a mature love story and an action film. Makers, are you listening?

Have you watched Hutatma? Let us know your thoughts on the series in the comments below!

These Pictures Of Subodh Bhave Prove That He's A Chameleon!