Kaale Dhande starring Mahesh Manjrekar, Sanskruti Balgude and Shubhankar Tawade is a youth drama. Read on to know the director's views on it 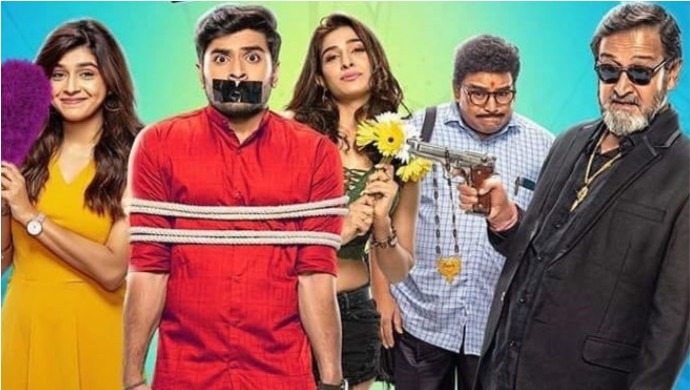 Zee Marathi original Kaale Dhande is a  brand new concept for the Marathi industry. Streaming on ZEE5, this show is bold, pathbreaking and revolves around youngsters, who make huge mistakes and land into some serious trouble. Things become worse, when one of the gang members Vicky (Shubhankar Tawade), gets accidentally involved with a mafia lord, Anna Bhai, played by Mahesh Manjrekar. The series also features Neha Khan and Sanskruti Balgude.

Watch a promo of the show here:

The engaging storyline of the series, made us curious about how debut director Ramchandra Gaonkar, might have come across this idea. We indulged in an exclusive chat with the director about his ideation and screenwriting. Read excerpts from the same below:

How did you come up with the idea of this show? How did you approach the actors?

I have loved writing since I was a kid. Even when we were in college, I was Shubhankar’s senior. This story came to my mind as a joke but then the idea got more detailed over time and I saw a plot in it. The twists and turns in the narrative took place gradually and a storyline was finally formed. The writing was good but sticking to the script during direction was tedious. The presentation of comedy as a genre with spontaneity was necessary. Thank God, it worked out. The content took one and a half years to make Writing comedy is very difficult including the screenplay. A concept like this was going to be seen in the digital format in the Marathi scenario for the first time, so it had to be good.

First Venture as a Writer-Director, and I couldn't have asked for a better team.. From my Producers to my Actors, my Dop's to my Sound guys, my art department,costume Department,Editor,my Direction team , my Production team & entire Crew.. This Award is dedicated to my Team.. And ofcourse to you guys, you Lovely Viewers.. Thank you for showering so much Love on this Webseries.. Super motivated to keep making more good stuff!! Cheers!!

Did you have an idea earlier about who would be playing the roles? Or was it decided after completing the script?

I had a few people in mind while writing the script; I could picture their expressions and reactions while writing the scenes. Some of the original actors were cast and for others, it didn’t work out, but they were wonderfully replaced by new faces. Together, they made the entire show amazing.

Kaale Dhande is a bold step for Marathi cinema. Have you received any negative feedback or backlash for the same?

The series is directed towards the youth; the bold scenes and the language have actually been accepted by everyone, as it is realistic. Everyone knows that this happens and though it has received some backlash from the elderly audience, it has been appreciated more when compared.

Would you say as a director, you have more creative freedom in the digital space?

Yes, since there are no rules or regulations in the digital space, we certainly had a lot of freedom working on the script.

What was it like working with young actors as well as veterans like Mahesh Manjrekar and Nikhil Rantaparkhi?

This is my debut as a director, so working with the young actors was fine but working with Mahesh Manjrekar, made me a little nervous. It was my second day and a shot was scheduled with sir. He appreciates everyone a lot and he made me comfortable. We formed a really good bond over time.

What are your learnings from this experience?

I learned that spontaneity is very important. In every scene, Mahesh sir used to tell me to do whatever is coming to my mind.

What are your future plans?

I am currently writing for a film and also working on Kaale Dhande season 2.

According to us, the director’s script was solid and full of surprises. The characters have played their part and have left a lasting impression. What are your views on this? Let us know in the comments below.

Watch all the episodes of Kaale Dhande streaming on Zee5 Now.