Gondya Ala Re: All You Need To Know About W C Rand And The Plague That Struck Pune In 1892 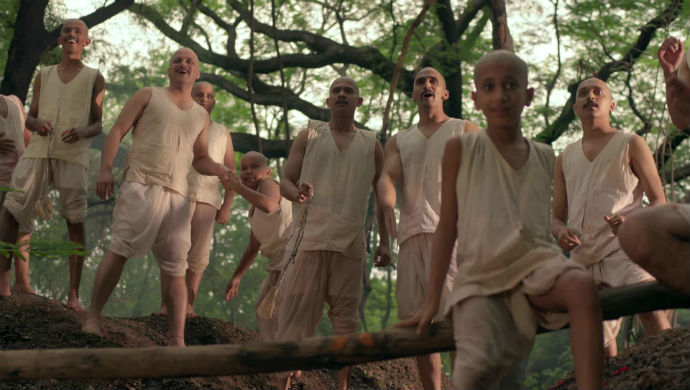 ZEE5’s latest original Marathi series Gondya Ala Re, tells the story of the first ever rebellion that took place in India. It was led by the Chapekar brothers and it is their journey that we see in the series. We have come across chapters in our history books mentioning the ‘quit India movement,’ ‘non- cooperation movement,’ ‘Dandi march,’ etc. But not many are aware of the revolt that took place in 1896-97, when the Chapekar brothers went up in arms against the Britishers. But what triggered them to do so? It was the atrocities that the ciitizens were subjected to during the bubonic plague in 1892.

Watch the first episode from the series here.

The plague spread like wildfire and by 1897, it has reached a point where it was uncontrollable. In February, nearly 657 deaths had occured within 26 days. The remaining population had deserted the city. In order to control the situation, a special Plague Committee was set up by the Britishers and they appointed WC Rand as the plague commissioner. According to the rules set up by the governor at the time, no Muslim or high caste Hindu was to be examined for the symptoms. And only women officials could enter people’s quarters to examine female citizens.

But WC Rand didn’t follow any of these rules and instead, led an inhumane regime. On March 12, 1897, 893 British and native officers were placed on plague duty. During the time, there were incidents such as forced entry into people’s homes, destruction of property, forceful examination, sexual harassment of women, and preventing citizens from leaving the city. WC Rand overlooked these incidents and instead egged on his officials to continue their behaviour.

Because of these happenings, the Chapekar brothers decided to take control and revolt. They were also responsible for the assassination of W.C Rand.

Watch the first episode above and tell us what you think in the comments section below. Catch all the episodes of Gondya Ala Re, streaming on ZEE5.