Gondya Ala Re: How Did Bhushan Pradhan Prepare For His Role As Damodar? Watch Video

Bhushan plays Damodar Chapekar, in the ZEE5 original Marathi series. Check out the video inside! 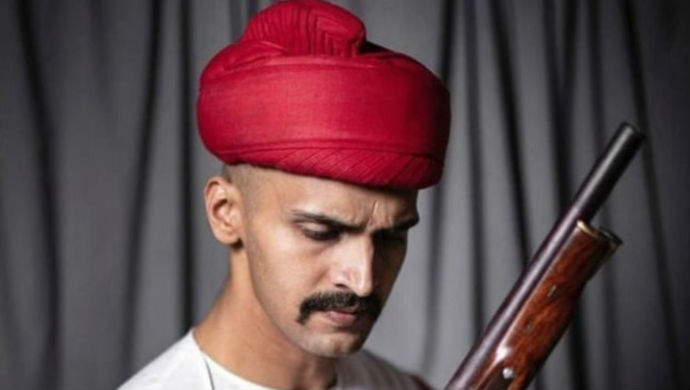 After Date With Saie and Hutatma, ZEE5 has released it’s latest original Marathi series, Gondya Ala Re. The series features Bhushan Pradhan in the lead role as Damodar Chapekar. It also stars Sunil Barve, Kshitish Date, Pallavi Patil etc. Gondya Ala Re is based on India’s first ever rebellion against the Britishers, led by the Chapekar Brothers. In an exclusive interview with us, lead artist Bhushan said that one of the ways in which he prepared for his role was by “going bald.” And how was that experience? Well there’s a video of it to show you!

Watch the first episode from the series here.

We went through Bhushan’s Instagram and dug up this video of the actor getting his head shaved for the role. Check it out!

Getting in the look of…….. (Watch till the end to know) @Zee5Premium #Zee5Originals

And this was the end result…

Thank you for your love, support and compliments! I'm overwhelmed. Honestly going bald was the least I could do for this challenging role. Not only is it helping me get into the character but also it's looking good on screen than prosthetic make-up. Yes I definitely was a little anxious while getting the haircut (head shaved). Soon my hair will grow back! I readily and happily did this for my work… but let's take a moment and pray for all those people living with cancer.. recovering from cancer treatment.. who lose their hair during Chemotherapy. Hat'soff to those who smile going bald even then. Your journey is beyond comparison. Wishing you lots of strength! More power to you! ❤️

What do you think of this look? As far as our opinion is concerned, we like it better than Bhushan’s original hairstyle! In the caption of his second photo, the actor talks about how challenging the role has been for him. And he very considerately salutes the people for embracing their baldness when undergoing chemotherapy for cancer. That’s very thoughtful of you, Bhushan!

Tell us what you think of this video in the comments section below. Check out all episodes of Gondya Ala Re, streaming for free on ZEE5.

Phulpakhru: 5 Qualities Of Vaidehi That We Admire The Most!

Phulpakhru: Should Manas Resolve His Differences With Revati?