This film by Prakash Kunte will take you on journey that you won't forget. Check out our review inside! 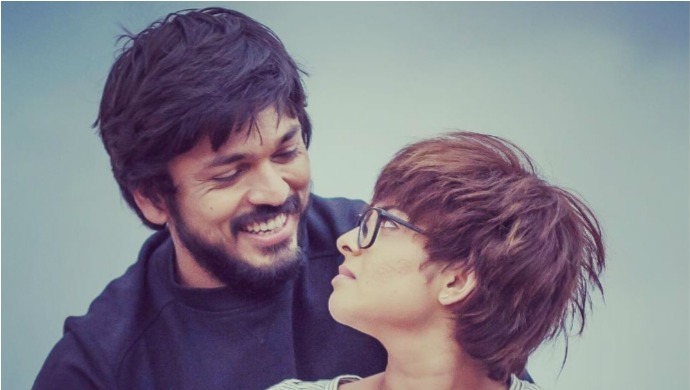 A simple trip or vacation can sometimes turn out to be a life-changing experience for some. People may rediscover themselves, get clarity on things, or simply rejuvenate. Taking a break is vital as it helps you add a fresh perspective to things. Certain experiences may also change your mindset altogether. Such is the case with Isha, who takes a solo trip to Hampi, after discovering that her parents are getting a divorce. She has lost faith in love and is looking for answers to many questions.

On her trip, she meets Kabir, a free-spirited man, who makes her view life in a different way. We are then taken on Isha’s journey of soul-searching and the bond that she develops with Kabir. What makes Hampi a must- watch is the brilliant camera work and cinematography. The film beautifully captures the gorgeous locales of the ancient village in Karnataka and you almost feel like you are exploring it first hand. If you haven’t visited Hampi yet, you would definitely want to after watching the film.

Sonalee shines as the vulnerable Isha. This is the first time we see the actress in a such a geeky, girl-next-door avatar and she pulls it off with ease. The actress underplays her character and yet, is powerful. She demands your attention and stands out as the strongest cast member. Sonalee’s co-star Lalit Prabhakar who plays Kabir is equally memorable. It’s a bonus that the actor is a looker but he does justice to his charming form with a convincing performance. Sonalee and Lalit share a solid chemistry and we hope makers will cast these two in more films. The supporting cast including Priyadarshan Jadhav who plays a rickshaw puller and Chaya Kadam, a store owner, leave a lasting impression, despite small roles.

Isha’s bitterness and anger is relatable and so is her journey. There are many a times when life throws us a curve ball that we don’t know how to handle. Her confusion and helplessness would make you feel like it’s okay to be human. Hampi also professes the idea of gratefulness, without being too preachy. The film, through Kabir’s character, reminds viewers that there’s a lot more to life than what meets the eye, hence, we should practice being happy for what we have.

Some scenes are accompanied by soulful background tracks, that add the rustic touch to the film. What’s also worth mentioning is Prakash’s bold step of setting a story, outside of Maharashtra. Most Marathi films are set in the state, hence, Hampi is a breath of fresh air. The director has also paid attention to the intricacies, keeping in mind the tone of the film. From the costumes to the music to the dialogues, all factors have been designed in a way that would compliment the setting of Hampi.

All in all, if you are in the mood for some soul searching and are looking for a meaningful film, Hampi should be your pick. Watch the film above and tell us your thoughts in the comments section below. For more entertainment, check out the collection of fun Marathi films on ZEE5 here.