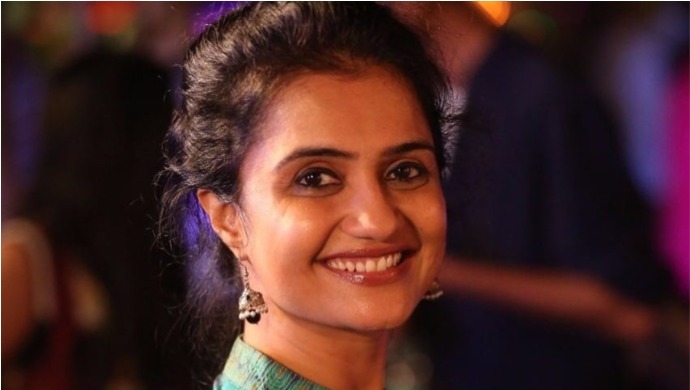 If you’re a movie buff, you must have seen Ranveer Singh’s Gully Boy and taken note of Amruta Subhash’s splendid performance as his mother in the film. The actress has not only made a mark in Bollywood but is also a household name in Marathi cinema. Her stellar act in films like Shwaas and Astu put her on the map and there’s been no looking back for her. Amruta celebrates her 40th today and here are 5 lesser-known facts about her.

Amruta hails from Pune, and studied at S.P college. She graduated National School of Drama, Delhi. She started working in plays, some of them being  House of Bernada, Alba, Mrug Trushna and Bela Meri Jaan. It was however her play Ti Fulrani, that brought her notice.

2. A talented singer and dancer

Amruta may be a talented actress but she is also equally skilled in singing and dancing. She composes music and has even released some albums. She is trained in Bharatnatyam.

Amruta won a ‘National Award for Best Supporting Actress,’ for her performance in Astu. She made her debut in film Shwaas that was India’s official entry to the 77th Academy Awards. Aside from films, Amruta has also acted in TV shows such as Zoka, Paaulkhuna and Awaghachi Sansaar. The show that got her recognition was Aasawari, which also featured Prasad Oak.

Amruta is the daughter of established Marathi actress Jyoti Subhash and maintains that she got inspired by her mother to enter the field of acting. She is married to Sandesh Kulkarni who has directed her in several plays. Also, did you know that her sister-in-law is Sonali Kulkarni?

Zoya Akhtar’s Gully Boy made Amruta an overnight sensation in Bollywood. However the actress has previously worked in Hindi films such as Raman Raghav 2.0 and Firaaq.

We wish the multi-talented Amruta a very happy 40th birthday! Post your wishes for the actress in the comments section below.

From Atya Of Phulpakhru To Aai Of Ek Ghar Mantarlela, Check Out Our Favourite Moms